Xiamen is an island city on the coast of the southeastern Chinese province of Fujian. Thanks to its subtropical climate, the weather in Xiamen is reasonably mild all year round, although there is a risk of typhoons in the summer months.

With good flight connections to other major cities in China, Xiamen (along with the provincial capital of Fuzhou) is one of the main jumping off points to explore Fujian province. Note that Xiamen is one of the cities including in the 72-hour visa free transit policy but that tourists taking advantage of this policy are not allowed to leave Xiamen city.

Fujian Tulou is perhaps the most famous attraction around Xiamen. Tulou (土楼) literally translates as ‘earth building’. Constructed between the 12th and 20th centuries, these circular architectural wonders can house up to 800 people within the confines of their thick walls. These fortified castle-like dwellings, somewhat reminiscent of an open-top sports stadium when viewed from above, are usually three to five stories high. In a very Goldilocks-esque fashion, the more modern tulou designs are said to be ‘just right’; they are well-ventilated, windproof and earthquake-resistant, and also receive plenty of light. These characteristics are one of the reasons that a number of the tulou have been listed as World Heritage Sites by UNESCO since 2008. Read more about the tulou on our blog: Exploring the Mysterious Tulou of Fujian Province 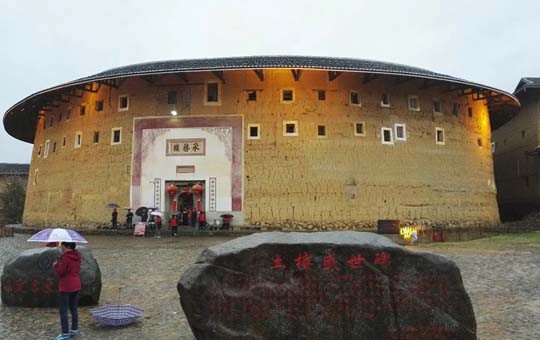 The Wuyi Mountains are another of popular destinations around Xiamen and are also a UNESCO World Heritage site (since 1999). The protected area is divided into four parts, including the Nine-Bend River, a nature reserve, a National Scenic Area, and the Protection Area for the Remains of the Ancient Han Dynasty. Visit in low season (November, March or April) or midweek and you may find that you have the place all to yourself. Many of Fujian’s famous teas are also produced in the Wuyi Mountains, including Lapsang Souchong and Dahongpao. 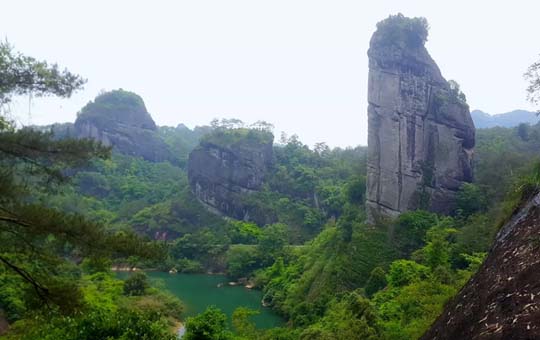 Xiamen is also a pleasant destination in its own right, particularly the island of Gulangyu, which is famous for its crumbling colonial architecture, winding streets, and, most notably, the fact that it is completely car free. 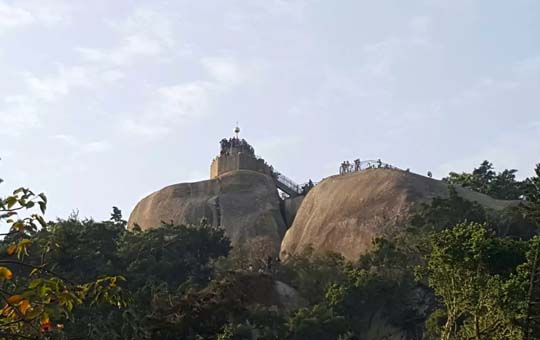 Xiamen is also famous for its food, which heavily influenced by its coastal location, with seafood featuring in many dishes. The cuisine is known for its extensive use of soups and the emphasis placed on fine knife skills, which are used to capture and enhance the flavor of different types of seafood.