The Seven Types of Chinese Tea 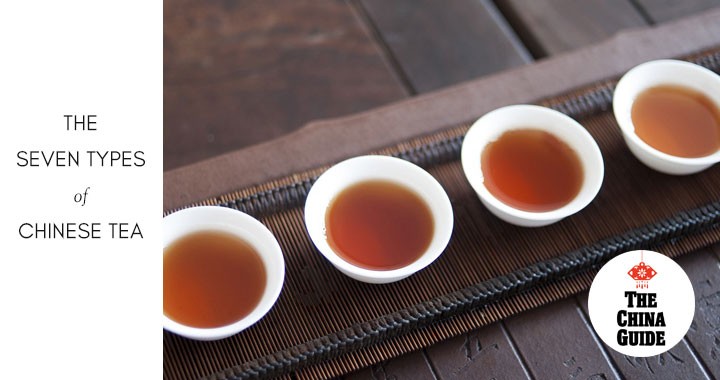 Tea has a long and illustrious history in China, having originated there more than 4,000 years ago. Legend has it that tea was discovered by Emperor Shen Nong in 2,737 BC when leaves fell into the water he was boiling. Tea is consumed throughout the day, as a substitute for plain water, as a health tonic or purely for pleasure. Tea is considered one of the “seven necessities” for daily life, alongside firewood, rice, oil, salt, soy sauce, and vinegar. 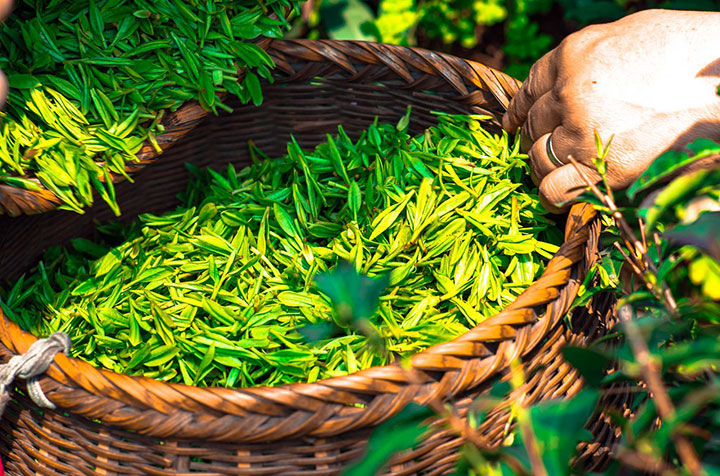 Tea is grown in many provinces across southern China, including Anhui, Fujian, Guangdong, and Yunnan. Chinese tea is separated into different types according to the processes is undergoes during picking and production, and the characteristics created by these processes.

Green tea is the most natural of the tea varieties. Although a number of different green tea productions methods exist, generally speaking, young tea leaves are dried as soon as they are picked so as to retain as many of their natural compounds as possible. This gives the tea a light, astringent flavor and makes it rich in antioxidants. The most famous type of green tea is Dragon Well tea (Long Jing), produced in Hangzhou.

Like green tea, white tea undergoes minimal processing. Although definitions differ, it is generally accepted that white tea is never rolled or oxidized, giving it a very light flavor. The name derives from the silvery-white hairs that cover the buds of the tea plant. The most prized variety of white tea is White Hair Silver Needle (Baihao Yinzhen) from Fujian province. 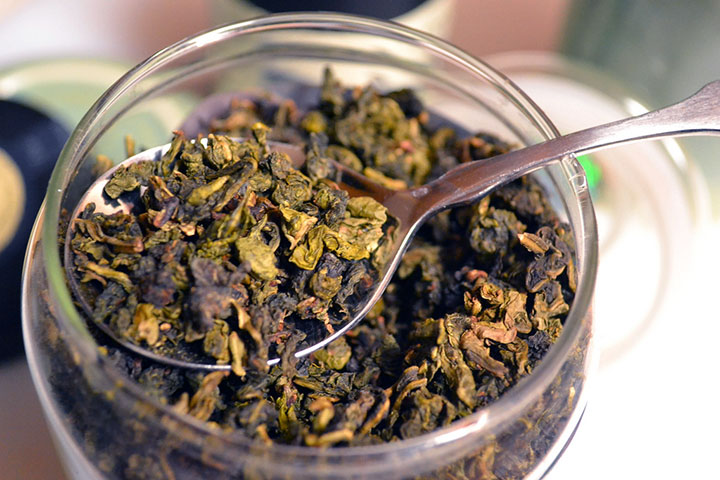 Oolong falls somewhere in between green and black tea in terms of flavor, being semi-oxidized. The taste is fairly mild but it is stronger than you think, so don’t down too many cups before bed! The most famous types of oolong tea are Iron Buddha (tie guan yin) from Fujian and Big Red Robe (da hong pao) from the Wuyi Mountains.

Yellow tea is one of the rarer and more expensive varieties of tea. It is produced by allowing the damp leaves to dry naturally under a cloth, giving it a mellower and less astringent taste than green tea. It was traditionally served in the imperial court, since yellow was an imperial color. Junshan Yinzhen from Hunan province is the best-known yellow tea.

Confusingly, black tea is actually called red tea (hong cha) in Chinese, referring to the color of tea once it is brewed. The leaves go through several processes, including, drying, oxidation, and roasting, which gives the tea its signature black color. One of the most popular types of black tea is Keemun (qimen) from Anhui province and Lapsang Souchong (zhengshan xiaozhong), which is smoked over burning pine, giving it its unique flavor.

The most famous variety of fermented tea in China is Pu-erh from Yunnan province. After being rolled and dried, the tea leaves undergo a process of microbial fermentation for anything from several months to many years. Pu-erh is usually sold in round bricks, which are marked with the year and region of production. Pu-erh is considered to be very good for the digestion and is often served with rich meals such as dim sum.

Flower tea is, unsurprisingly, made out of flowers such as chrysanthemum, jasmine, rose, hibiscus, or lily. You may also find “scented” teas, which blend flowers with green or white tea (this is common for jasmine tea). 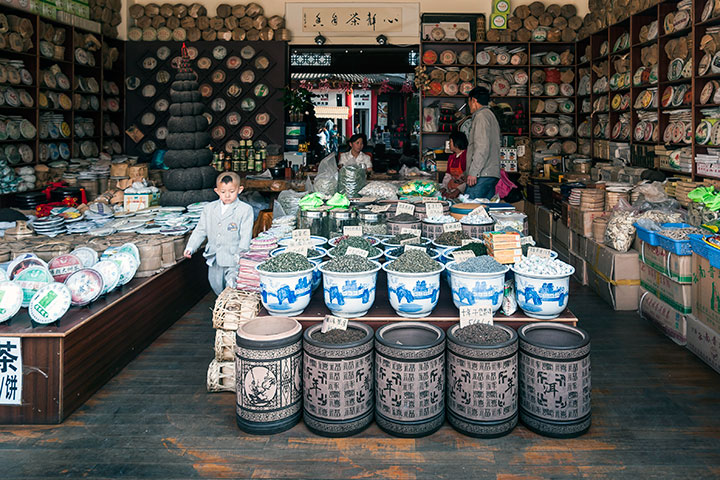 How to buy tea in China

As we have seen above, there are hundreds of different varieties of Chinese tea and each varies widely in quality. This can make buying tea a daunting prospect but, as with any shopping you do in China, the most important thing is to remember to enjoy yourself and have fun!

You can pick up tea at any market or supermarket but for the best experience head to a specialist tea shop or market. Here you’ll be able to taste the tea before you buy it and compare different varieties. Shop assistants at tea shops in more touristy areas will likely speak some English, too.

A popular, and easy to find, place to buy tea is China-wide chain Wu Yu Tai. In Beijing, you can visit the huge Maliandao Tea Market, while in Shanghai the biggest tea market is the multi-story Tianshan Tea Market. ■