Once the beginning and end point of the Silk Road, Xi'an was China's first imperial capital, serving as the center of government throughout several of the most important dynasties in Chinese history, including the famous Qin, Western Han, and Tang dynasties. Xi'an's fantastically rich culture and history have made it one of the most popular tourist destinations in china; in fact, according to our 2019 study on the preferences of travelers to China, Xi'an is the third most-visited city on all the China trips made by our clients, only after Beijing and Shanghai. 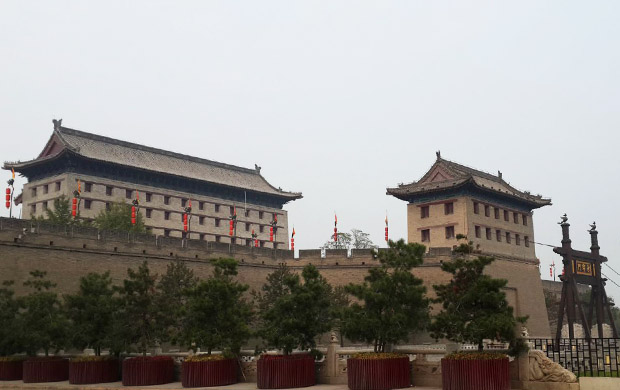 Just a one-hour drive outside the ancient capital of Xi'an lies the city's most famous attraction: the Terracotta Army. This underground army, made up of thousands of life-size warrior statues, was constructed by China's first emperor, Qin Shihuang (259-210 BC), to serve as his guardians during the afterlife. Discovered by fortunate accident in 1974, this extensive and fascinating "army" (in which no two warriors are the same) is largely considered one of the greatest archaeological finds of the 20th century and is a must-see for all visitors to Xi'an.

Xi'an remained a point of strategic and commercial importance throughout the Ming Dynasty (1368-1644), and the 13.7-kilometer city wall enclosing the ancient city center is an unmissable remnant from that period. Xi'an City Wall is one of the best preserved of its kind in all of China and can still be traversed in its entirety; this makes it a great place for visitors to stroll or cycle and soak in the historic atmosphere of this ancient city. 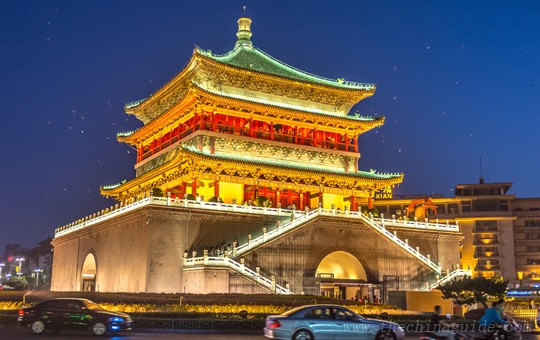 Near the south gate of the city wall, you will find the Bell Tower, Xi'an's iconic landmark, with the equally impressive Drum Tower just across the street. Also close by is the Muslim Quarter, one of China's most vibrant Muslim communities. The buzzing streets of the Muslim neighborhood make for a good place to people watch and try some of Xi'an's world-famous street food.

To the south of the city center stands the Big Wild Goose Pagoda (Dayanta). Arguably Xi'an's most noticeable landmark, this seven-tiered pagoda dates back to the Tang Dynasty (618-907) and is one of the most famous Buddhist structures in China.

For visitors who want to experience the best Xi'an has to offer, the attractions mentioned above should be on the top of your list and can usually be combined into a tour of 1.5 or 2 days. If you have more time for Xi'an, please check out more of the many available sights and activities here or simply ask us to customize an itinerary for you. 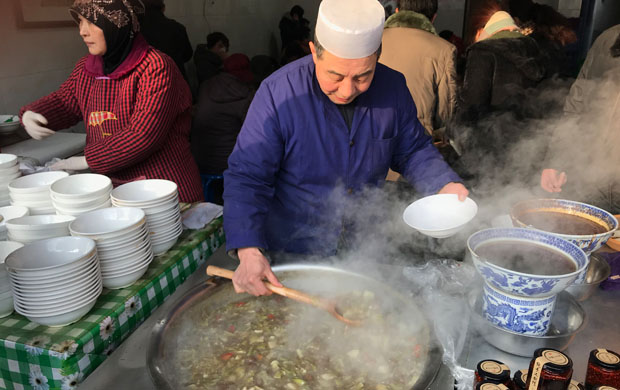 While the historical sites around Xi'an are striking, the city is also famous for its delicious street food and noodles. Xi'an's most famed local snacks include Roujiamo (Xi'an's version of the burger), Liangpi (cold noodles), Yangrou Paomo (crumbled flatbread soaked in rich mutton soup), and Biangbiang noodles (thick, long noodles with various toppings).

Many cultures have contributed to the shaping of the cuisine you will find in Xi'an, and top on the list for any foodie visiting the city should be a trip to the Muslim Quarter—especially those fond of spices and succulent lamb. Outside of the Muslim Quarter, Dongmutou Shi, a neighborhood to the east of the city center, also has a good selection of restaurants where you can try all of these quintessential Shaanxi snacks and dishes.

Xi'an boasts some fantastic nighttime scenery, with many of the major sights, including the City Wall, the Bell and Drum Towers, and Big Wild Goose Pagoda, beautifully illuminated with colorful lights in the evening.The music and light fountain show at Big Wild Goose Pagoda Square is quite impressive and popular among locals.

Beiyuanmen pedestrian street, in the Muslim Quarter, is bustling at night and is a great spot for people watching, shopping, and trying local food. If you want to relax at one of the city's many watering holes, you can go to Defu Xiang (close to the south gate of the city wall) where various bars can be found.

Being the capital of the Tang Dynasty, Xi'an also offers some entertaining shows featuring Tang Dynasty music, dance, and costumes, which can be a good choice for visitors who are interested in evening entertainment.

Most visitors come to Xi'an for its profound cultural heritage and relics, and any time of year is suitable for this purpose. However, in spring (April to May) and autumn (September to October), the weather is more temperate and pleasant for traveling; this also means larger crowds at tourist attractions during these months.

Because of its rich history, Xi'an is a very popular tourist destination. Because of this, National Day (the first week in October) and Spring Festival (usually in January or February) should be avoided if possible, as many Chinese people travel during these times, and all of Xi'an's famous sites will be packed. The city's attractions can also get busy in August when students are on summer vacation and many families travel to Xi'an with their kids before the new school year starts. Learn more about how to avoid the crowds when traveling in China here. 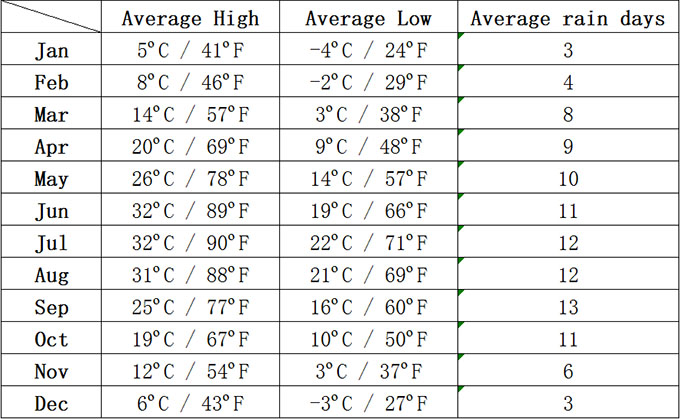 As a major tourist destination, Xi'an boasts one of China's best connected airports, with daily flights to several international and most domestic destinations. Alternatively, there are frequent high-speed trains to/from most major cities (including Beijing and Shanghai) from Xi'an Railway Station and Xi'an North Station (high-speed trains only).

Within the city, Xi'an has three subway lines that can be used to navigate between most tourist attractions.

Trains and flights between Xi'an and other popular travel destinations

(Click the lines to learn the latest updates on transportation between Xi'an and Beijing, Shanghai, Guangzhou, Chengdu, Tibet, and other popular cities in China.)