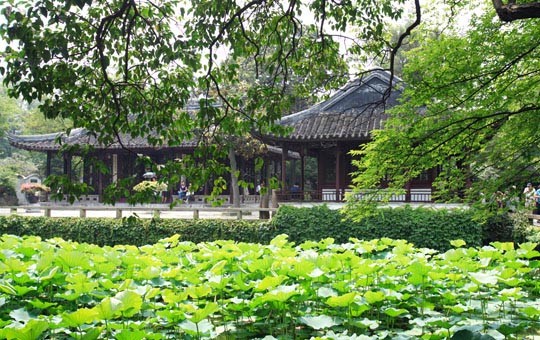 Suzhou’s best-known claim to fame is its exquisite classical gardens. Suzhou is in fact home to nine of these gardens, all considered to be iconic examples of traditional Chinese garden design. Dating back as far as the 11th century, Suzhou’s peaceful, verdant gardens are the true highlight of any visit to the city and were collectively recognized as a UNESCO World Heritage Site in 1997.

Although all of Suzhou’s gardens are lovely oases and excellent examples of classical Chinese garden design, we recommend prioritizing the four following gardens, as they will give you a good sense of the various components of a traditional garden as well as lending you some fascinating insight into Chinese history and culture.

Initially built in 1509 by a former government servant and poet, the Humble Administrator's Garden is the largest garden in Suzhou at nearly 52,000 square meters and is considered one of the most beautiful classical gardens in all of China. As is typical of gardens of the Ming Dynasty, the Humble Administrator’s Garden is home to ancient arched bridges and pavilions and a stunning array of trees and plants, all situated among a collection of charming ponds and islands.

The garden is split into three parts, namely the Eastern, Western, and Central sections. The central section is the main part of the garden, with pavilions and terraces constructed around a large pool. The Eastern and Western sections are equally charming, featuring winding streams, bamboo forests, and verdant lawns.

Because it is one of Suzhou’s most famous attractions, the Humble Administrator’s Garden sees a number of visitors, including large tour groups during peak season. We recommend planning your visit earlier in the morning to avoid the crowds. 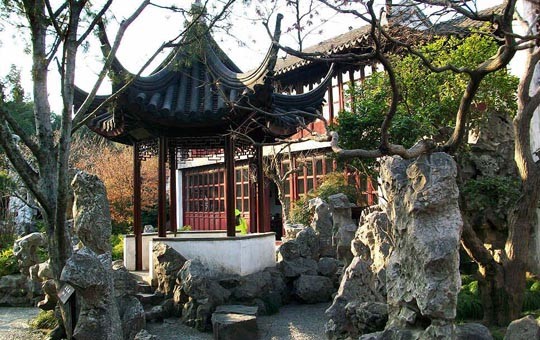 Lingering Garden is a picturesque garden that has been lovingly maintained for over 400 years by many different owners, including government officials and ministers. It has all the core elements of the perfect classical Chinese garden, including water, architecture, vegetation, and rock formations.

The garden’s main buildings are situated around a large pond at the center of the park, and are connected via a 700-meter covered walkway, one of the garden’s main features. Another of Lingering Garden’s highlights is a large rockery dating from the Ming Dynasty. Lingering Garden also holds daily performances of traditional Chinese music, which adds to the historical atmosphere of this garden.

Master of the Nets Garden 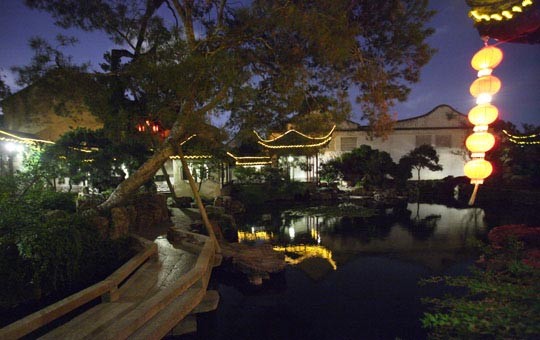 At just over half a hectare in area, don’t be fooled by the small size of this exquisite garden; Song Dynasty (960-1279) minister Shi Zhengzhi employed expert design techniques when building the Master of the Nets Garden to ensure that every inch of the modest plot was crafted in a way to make the garden seem larger than it is. It is said that the initial concept of the garden was inspired by the humble life of a fisherman, hence its former name “The Fisherman’s Retreat.” Today it is known as the one of the most beautiful gardens in both Suzhou and China.

While the smallest of Suzhou’s UNESCO-recognized gardens, the Master of the Nets Garden is considered one of the most ornate and best-preserved. Its grounds are teeming with plants, rock formations, and traditional architecture, all encircling a beautiful pond.

The garden hosts various traditional performances throughout the day, including Suzhou Opera and folk music performances. Evening shows and nighttime tours are held daily during peak season. The park is even more stunning at night, when it is lit up by lanterns hung throughout the garden.

This enchanting traditional garden is most famous for its intricate rock formations, whose lionesque resemblance gives the garden its name. Built as a Zen Buddhist retreat in 1342, Lion Grove Garden is one of China’s most famous rock gardens and its intricate rockery is unparalleled. Its rock formations comprise numerous paths through cavernous grottos and rows of craggy boulders that look otherworldly. In addition to its rockery, Lion Grove Garden features exquisite pavilions, bridges, plants, and waterways that have earned it a place among Suzhou’s most beautiful and unique gardens.

The beautiful grounds and flowing waterways of Suzhou’s gardens are lovely any time of the year, but spring (mid April through May) is a particularly nice time to visit, as this is when the flowering trees, including plum and cherry blossoms, are in bloom. Late summer, although very hot, is the ideal time to see blooming lotus flowers adorning the surfaces of the garden ponds.

Please note that the carved stone steps and winding paths of most of Suzhou’s gardens are not wheelchair friendly.

Humble Administrator’s Garden, Lion Grove Garden, and Master of the Nets Garden are all located in central Suzhou. Humble Administrator’s Garden and Lion Grove Garden are very close and are within a short walk of each other. A little farther south, Master of the Nets Garden can be reached via bus or a 15-minute drive. Lingering Garden is slightly west of central Suzhou but can easily be reached via bus or car from anywhere in town. The drive is about 20 minutes from downtown Suzhou.