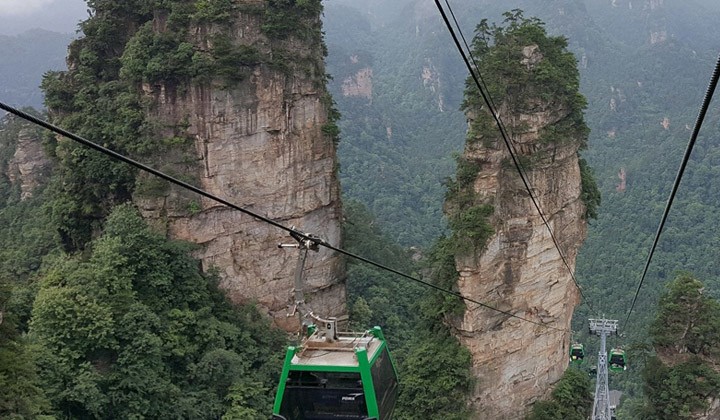 Famous for its unique peaks and stunning scenery, Zhangjiajie National Forest Park is China's first national forest park inaugurated in 1982 and was listed as a UNESCO geopark in 2004. The park is part of the much larger 397.5 km2 (153.5 sq mi) Wulingyuan Scenic Area, which was officially recognized as a UNESCO World Heritage Site in 1992.

The most notable geographic features of Zhangjiajie National Forest Park are the pillar-like formations that are seen throughout the park. With an immense area of 4,810 ha (11,900 acres), the park features several stunning scenic areas that allow visitors to take in these amazing peaks, including Yuanjiajie, Golden Whip Stream Trail, Tianzi Mountain, and Yangjiajie, etc.

Zhangjiajie National Forest Park covers a large area, and this is reflected in the lifespan of its ticket: one ticket is valid for four consecutive days. There are buses that transport visitors between spots within the park, but it is ideal to have a guide to help you navigate inside the park, especially for visitors with a tight schedule.

While the park is huge, the scenery may seem similar in certain spots. Considering time is precious for most visitors traveling to China, two days should be enough to check off the top highlights of the park. If you only have one day to visit the park, you should still have sufficient time but you may feel a bit rushed if you want to cover the best spots of the park, such as the Golden Whip Stream Trail, Bailong Elevator, Yuanjiajie, and Tianzi Mountain.

Be aware that the park can get crowded even in low season. There are likely to be long lines at the cable cars and the Bailong Elevator during peak seasons. We recommend visiting the popular spots as early as possible to avoid the crowds.

Wear comfortable, sturdy shoes since the park requires a lot of walking and stairs can get slippery on wet days. There are wild monkeys at some parts of the park and visitors should avoid holding food in their hands. 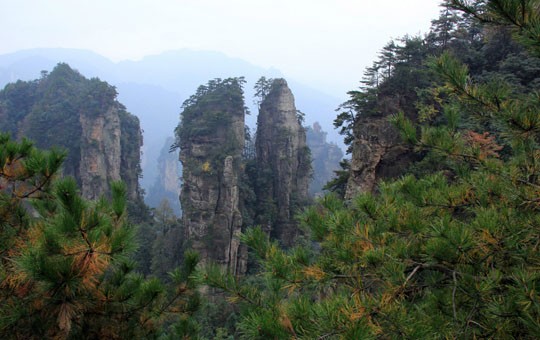 Yuanjiajie is home to one of the park's quartz-sandstone pillars, the 150-metre Southern Sky Column, which is said to have inspired the floating rocks in the film of "Avatar" and thus has been officially renamed "Avatar Hallelujah Mountain." Visitors can take the Bailong Elevator up to Yuanjiajie, or hike about 1 hour from Qianlixianghui up to Yuanjiajie.

Yuanjiajie is relatively less crowded but perhaps even more scenic than other sections of the park. For those who want to do a little off-the-beaten-track hiking, Yuanjiajie offers many trails leading away from the main paths. This is the chance to veer off the tourist trail and maybe even see some wildlife. For people who would rather stick to the main route, Yuanjiajie also has a nice paved path which heads west from the upper station of the Bailong Elevator and features excellent views of the surrounding peaks, as well as some terrifyingly high natural bridges where you might not want to look down. 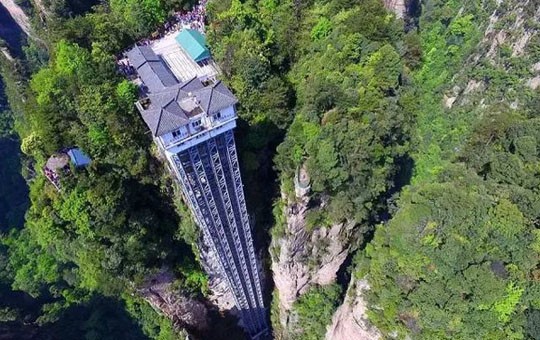 With an elevation of 326 m (1,070 ft), Bailong Elevator is the world's tallest outdoor elevator. This dramatic elevator clinging to the side of a cliff is an easy way for visitors to ride up to the Yuanjiajie area. The elevator carriage has glass walls on the sides, allowing visitors to appreciate the scenery while ascending.

This popular walking trail winds from the Forest Park Gate to the Bailong Elevator along a rushing brook, which is its namesake. The trek features beautiful scenery from the base of the park's famous pillars. The rock formations rising up from the floor of the valley and towering over you can make it feeling like you are "walking amongst giants." This is also where the park's monkey population comes out to play. The 5.7 km trail is mostly flat and takes about 2 hours at a modest pace. Visitors can walk part of the trail if they have limited time or want to save effort for other parts of the large park. There is an uphill path at the middle of the trail where visitors can veer off to hike up to the Yuanjiajie scenic spot.

Occupying an area of 41 acres and 1,200 meters (0.8 miles) above sea level, Huangshizhai features the largest viewing platform of the forest park. Huangshizhai is directly inside the park's Forest Park Gate. The peak can be reached by a quick cable car ride or by climbing up more than 3800 stone stairs. A visit to this scenic area normally takes about 1.5 hrs. 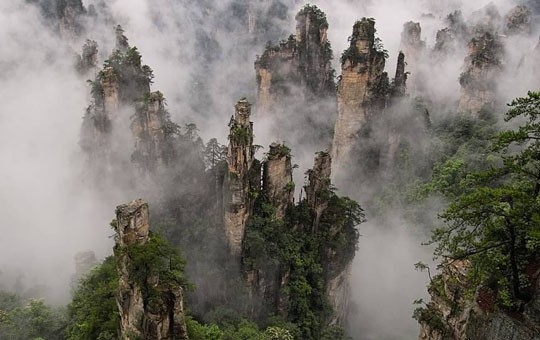 While touristy, the Tianzishan area offers spectacular views over a forest of the pillar peaks the park is famous for. A 15-minute epic cable car ride takes visitors to/from the viewing platform at the top of the peak, passing by numerous peaks along the way. For those who are not able or willing to walk a lot, this is a great area to visit as it requires less walking and the views are exactly what you want to see when visiting Zhangjiajie. Visitors who want more activity can hike down after visiting the top of Tianzi Mountain, which takes about two hours. The end of the hiking route is at the terminus of the Ten-Mile Gallery Route. We don't recommend hiking up the route to the top of Tianzi Mountain, since it would be too strenuous for most visitors.

This beautiful 2km route runs along the foot of the peaks of the Tianzi Mountain area. Great views and lots of greenery make this one of the most popular areas of the park. Visitors can choose to walk or take the sightseeing tram through the valley. At the furthest end of the Ten-Mile Gallery Route, there is a hiking route visitors can walk up to or down from Tianzi Mountain.