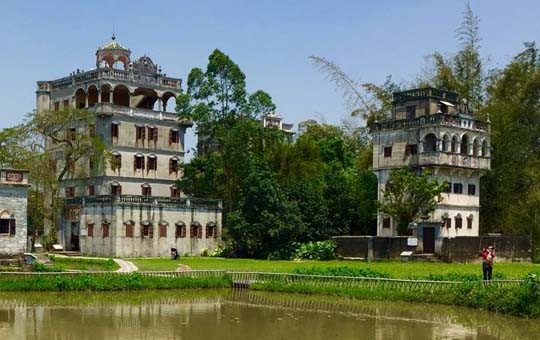 The Diaolou are fortified multi-storeyed watchtowers, the first of which were built during the Ming dynasty and which became more popular during the 1920s and 1930s. Diaolou are normally made of reinforced concrete and are the result of a fusion between Chinese and Western structural and decorative forms.

There are approximately 1,833 diaolou in Kaiping alone, while another 500 can be found in Taishan. Kaiping Diaolou and Villages was inscribed as a UNESCO World Heritage Site in 2007.