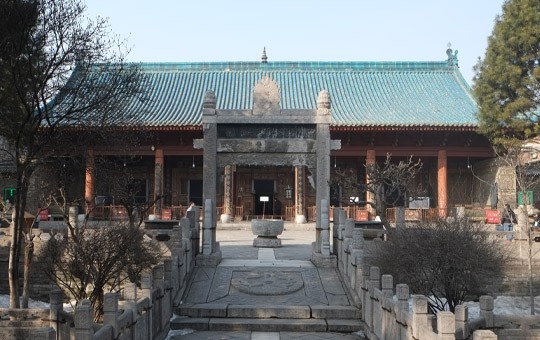 Located within the Muslim Quarter, down an alley off of Beiyuanmen pedestrian street, the Great Mosque of Xi'an is an active mosque with a nice garden, including various halls, trees, and decorations. The Prayer Hall is not as magnificent as those you may see in Middle Eastern or Arab countries, but the buildings and decorations feature a unique blend of Chinese and Islamic culture, as well as a long history.

Compared to the surrounding bustling shopping streets, the mosque receives few visitors, and is a quiet and peaceful place to stroll and sit after walking through the crowded and noisy pedestrian street.

Women are not required to cover their heads, arms, or legs to enter. There's also a small shop that sells Muslim hats and items inside the complex.