Kung Fu: The Art of Patience Embodied by Martial Arts

The concept of Kung fu

When most people think of “kung fu”, the first thing that comes to their minds is a proficient martial artist, probably dressed in bright clothes, striking a fierce pose, and with a stern look in his eyes.

So it might come as a surprise that contrary to popular belief, kung fu isn’t a martial art. So what is it then? Kung fu, also known as Gong fu, refers to any kind of study, learning or practice that requires hard work, patience and time to master.

Gong means work, achievement or merit, while fu means man or is used as a nominal suffix with diverse meanings. A literal translation of Gongfu would be “achievement of man”. Therefore, Gongfu is associated with great efforts of energy to accomplish something.

Kung fu seeks to develop the body, the mind, and to perfect one’s skills. What matters to kung fu is excelling at something rather than what’s being learned.

Chinese people believe someone has kung fu in a field when the person has mastered a skill through time, energy and patience in that area. If someone hasn’t devoted the proper time and energy to an achievement, then that someone has a bad kung fu.

The meaning of kung fu as perfection achieved through hard work dates back to classical writings, especially those of Neo-Confucianism, which dedicate special attention to the importance of effort in education.

In Chinese, martial arts are collectively known as wushu, a term that has also become the name of the modern sport of wushu, a quick and explosive fighting style that is popular both in China and in the West. 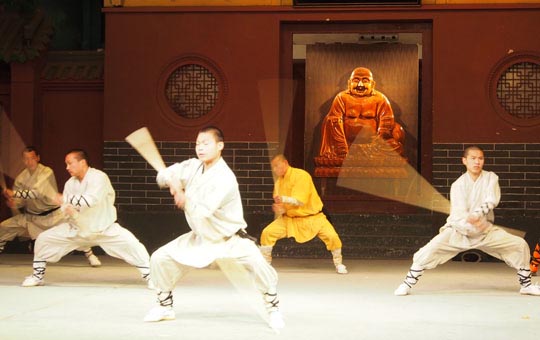 In any case, given that kung fu is closely associated to martial arts known by the same name, it’s worth noting first the history and specifics of one of kung fu’s most emblematic styles: The Shaolin kung fu; and second that China recognizes other forms of martial arts such as Baguazhang, Shuai Jiao and Tai Chi, to name a few, in addition to the many styles that conform kung fu.

Martial arts began in China as a way to help in hunting endeavors and to protect against enemies. Kung fu seeks to defend and incapacitate an enemy using quick strikes. Kicks, blocks, open and closed hand strikes can be used too, and depending on the style, throws and joint locks may be part of a practitioner’s repertoire. Kung fu’s philosophy may be tied to Buddhism or Taoist principles according to the style.

Martial arts have held a philosophical and spiritual significance within Chinese culture for thousands of years. The Taoist concept of yin-yang is best exemplified by kung fu’s hard and soft techniques, which involve meeting force with force or using an aggressor’s strength against them

There’s an impressive number of over 400 sub styles of kung fu. The northern styles, among which Shaolin kung fu is included, stress the importance of kicks and wide stances, while the southern styles emphasize the use of hands and narrower stances. Some of the more popular northern kung fu styles include Long Fist, Eagle Claw and Monkey Style; the southern styles include the world popular Wing Chun, Hung Gar and Choi Li Fut.

The Shaolin style of kung fu is considered one of the first institutionalized Chinese martial arts, and has a history of 1500 years.

From 58 to 76 AD, Indian-Chinese relationships began to blossom, and the concept of Buddhism gained popularity in China with the regular exchange of monks between both countries. According to the legend, one of those monks, named Bodhidharma may have contributed to the development of Chinese martial arts. However, the extent of his involvement and his influence is disputed and lost to myths. Although Bodhidharma has been credited as the father of Shaolin, however there’s not enough evidence to support this.

The Shaolin Monastery: A history of survival 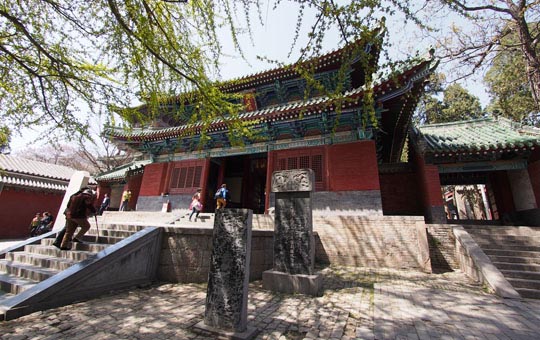 The Shaolin Monastery, the main temple of Shaolin Buddhism in China, focused on martial arts training and Zen meditation. Established by emperor Xiaowen of the Northern Wei dynasty in 477 AD, the Shaolin Monastery was built on the north side of the Shaoshi Mountain, one of the seven peaks of the Song Mountains. Shaolin means small forest.

The Shaolin Monastery is nestled near the city of Dengfeng in what is now the Henan province, in the heart of China.

Evidence of Shaolin participation in combat was found in a stele from 728, the earliest of such records. According to the stele, around 610 CE the Shaolin Monastery was defended from bandits, and in 621, CE the Monastery played an important role in defeating Wang Shichong, a Sui dynasty’s general, at the Battle of Hulao. Between the 16th and 17th centuries, martial practice became an integral component of the Shaolin monastic life. Modern monks accepted to the monastery study kung fu, Shaolin culture, Buddhism, weapons and even Chinese medicine.

Throughout its history, the Shaolin Monastery has been burned, destroyed, closed, reopened and rebuilt. Some dynasties, like the Tang supported the monastery; even naming it “Supreme Temple” after 13 brave monks helped the Tang emperor rescue his son, Li Shimin from an army of soldiers trying to overthrow the ruling dynasty. The emperor Kangxi of the Qing dynasty (1644-1911), wrote the calligraphic inscriptions that still hang over the Heavenly King Hall and the Buddha Hall.

It was also around 791 during the Tang dynasty and extending to the Qing dynasty that the Pagoda Forest was built. The Pagoda Forest is a large group of about 250 stone or brick stupas commemorating those who died.

One of the latest attacks to the Shaolin Monastery took place in 1928, when Shi Yousan, a traitor general, burned the Monastery for over 40 days. The destruction resulted in the loss of 90 percent of the buildings, as well as countless manuscripts kept in the temple’s library.

The Shaolin Monastery has managed to survive every attempt to destroy it, and it sits today in a 57,600 square meters area. There are seven main halls on the axis and 7 other halls around it. To get to the Shaolin Monastery visitors can take a two-hour bus ride from the Zhengzhou Train Station.

Modern monks come from all walks of life, and some of them have been accepted to the Shaolin Monastery as grown ups. Children at the Monastery learn conventional subjects, Chinese culture and Buddhism.

The Shaolin Monastery is also in close proximity to the a Confucian academy named Songyang Academy, and the Gaocheng Astronomical Observatory, an observatory built in 1276 by Kublai Khan.

The Shaolin Monastery along with its Pagoda Forest were recognized by UNESCO’s World Heritage Site in 2010 as part of the Historic Monuments of Dengfeng.