The 10 Breakfast Foods You Should Try in China 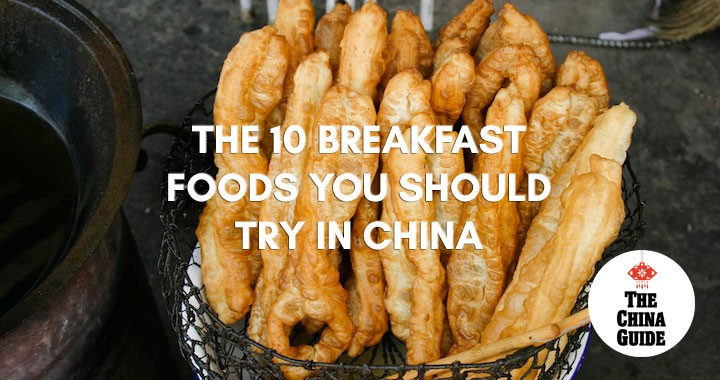 They say breakfast is the most important meal of the day and when it comes to understanding the food and culture of a country that is certainly true. Breakfast in China may be different to what you are used to but if you throw yourself into it you will be amazed at how many different options there are - if you’re on a longer trip to China, you may even find you miss the breakfasts there when you go home. Here we have listed 10 of our favorite Chinese breakfast foods. Most of these dishes can be found throughout China, although some are specific to certain cities and regions. 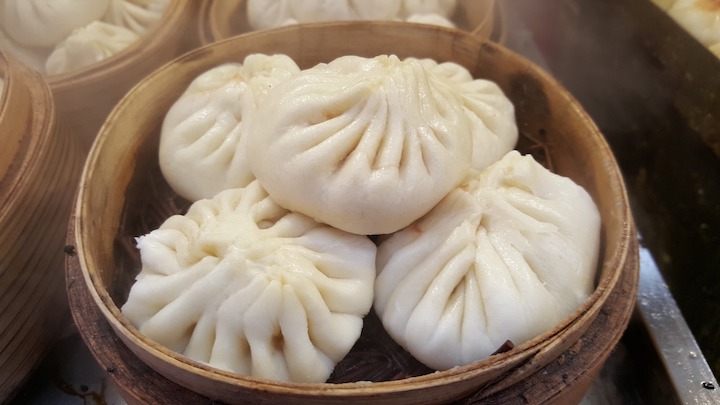 If you are walking around in the morning and see cloud of steam billowing out of a shopfront filled with large bamboo steamers, then chances are you’ve found a steamed bun shop! These stuffed wheat buns are one of the most ubiquitous breakfast foods in China. Baozi come in all shapes and sizes with literally hundreds of varieties of fillings, from simple ones like pork and cabbage to more complicated vegetarian ones filled with finely-sliced vegetables. A filling breakfast of a couple of baozi should only set you back a few CNY. You can also find plain, unfilled steamed bread buns, which are called mántou (馒头). 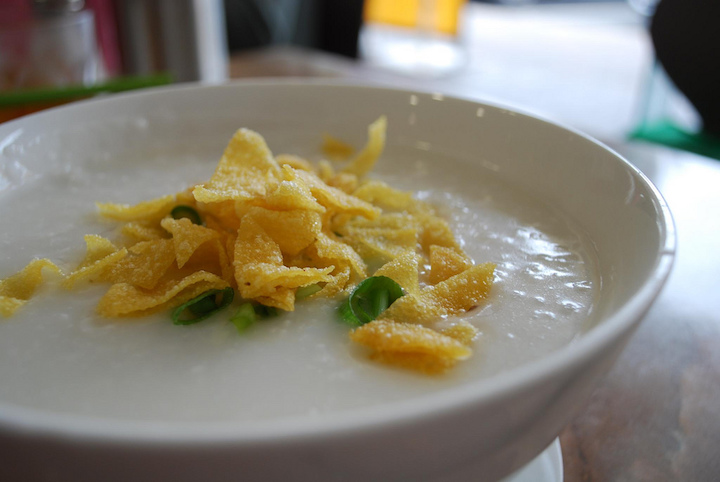 Congee is just one name (the name used in Guangdong, in fact) for a type of thin rice porridge that is popular across China and the rest of Asia. To make congee, rice is cooked in water or stock until the grains break down. By itself congee is pretty plain (and for that reason it is often served to the young, the old, and the sick) but it is usually augmented with various toppings, designed to add flavour and texture. in northern China, congee may be made with other grains, such as millet, cornmeal or sorghum. 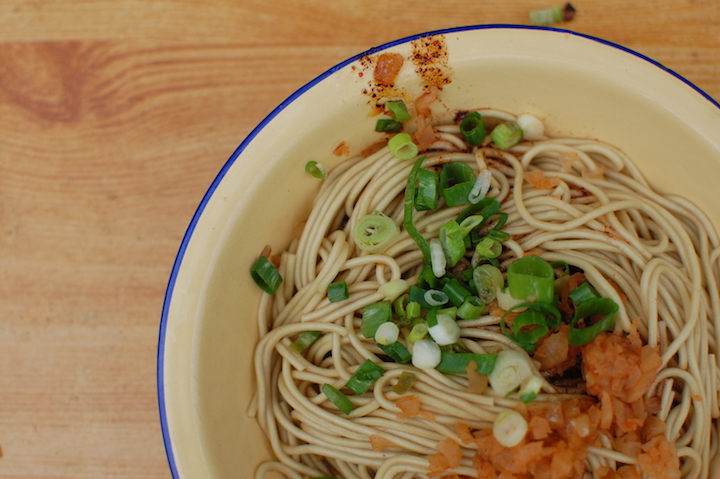 This noodle dish is a specialty of the central Chinese city of Wuhan. Said to have been invented in the 1930s, hot and dry noodles differs from other noodles dishes in that the fresh noodles are first coated in sesame oil and cooked until tender, then reheated with a short bath in boiling water just before serving. The noodles are served without soup (the “dry” part of the name), topped with condiments like sesame past, garlic chives, pickled vegetables, and chili sauce (the “hot” part of the name). Although this is traditionally a Wuhan dish, it can now be found all over China and was even rated number one on a list of China’s top ten noodle dishes by People’s Daily in 2013. 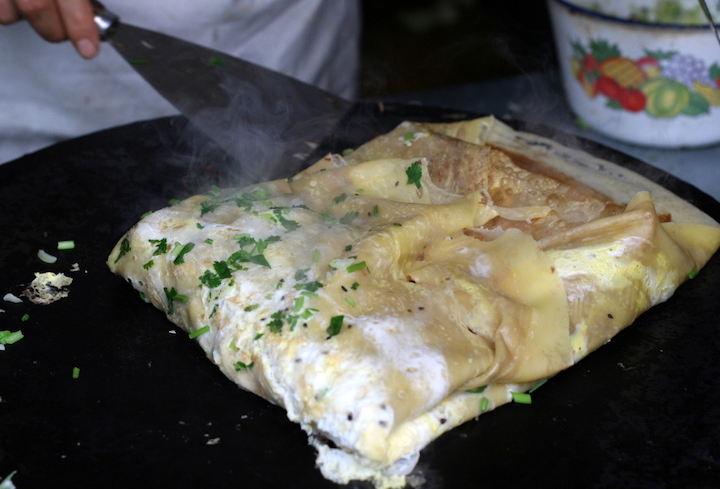 Although it originates in Shandong Province, jianbing is one of the most popular breakfasts across China and with good reason. A delicious combination of flavors and textures, a jianbing consists of a crepe made of grain flour topped with an egg, chopped scallions, cilantro, sweet soy bean paste, and chili sauce, all wrapped around either a crispy wonton wrapper or a youtiao, depending on the style of the jianbing. Today, many stalls in China are getting creative with their jianbing fillings, adding things like cheese and ham. 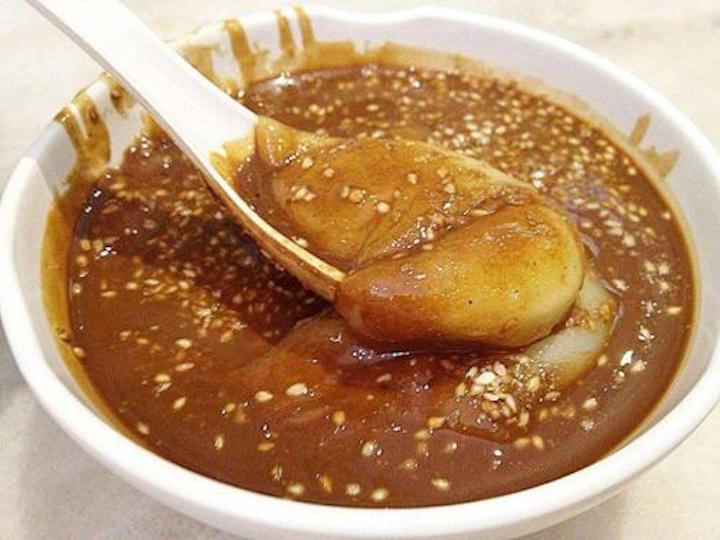 This misleadingly named dish has nothing to do with tea, although it does contain flour. A truly old school Beijing breakfast dish, miancha is a glutinous porridge made from millet and rice flour and topped with either sesame paste or brown sugar syrup. Tradition says that the porridge should be thick enough for a chopstick to stand up in unsupported. You may have to look a little harder for this than some of the other items on the list (you can still find small stalls selling it in Beijing’s hutongs) but it’s worth it if you can find it, especially if you are a fan of glutinous textures. 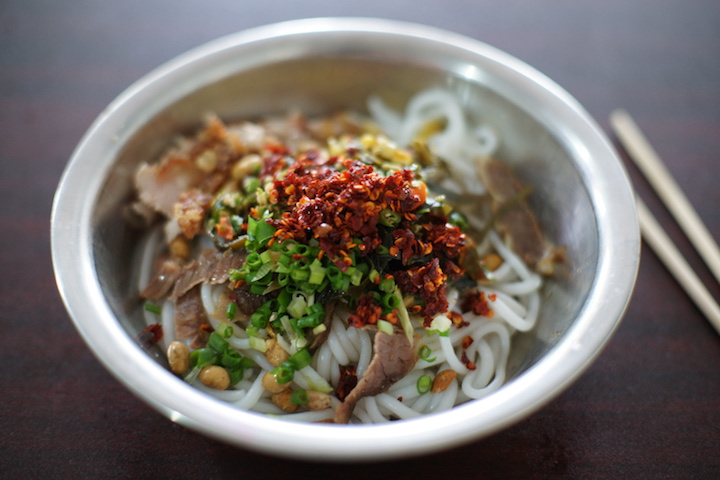 While people in northern China grow and eat wheat products, people in southern China eat more rice. Said rice is used to make noodles, which are enjoyed for breakfast in provinces such as Yunnan and Guizhou, and particularly in the city of Guilin. Rice noodles may be served with or without soup and topped with things such as braised meat, peanuts, cilantro, pickles, and chilies. Not just a breakfast food, rice noodles can be enjoyed at any time of the day. 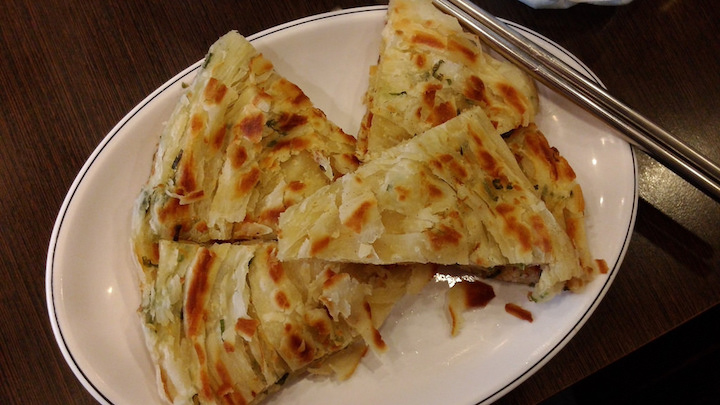 These layered, flaky breads are an indulgent treat. Unlike the western-style pancakes you may be more familiar with, scallion pancakes are made from a wheat-flour dough rather than a batter. The pancakes get their signature flaky texture from the rolling method, which sees them brushed with sesame oil and sprinkled with scallions, before being rolled up into a sausage and then rolled flat again. 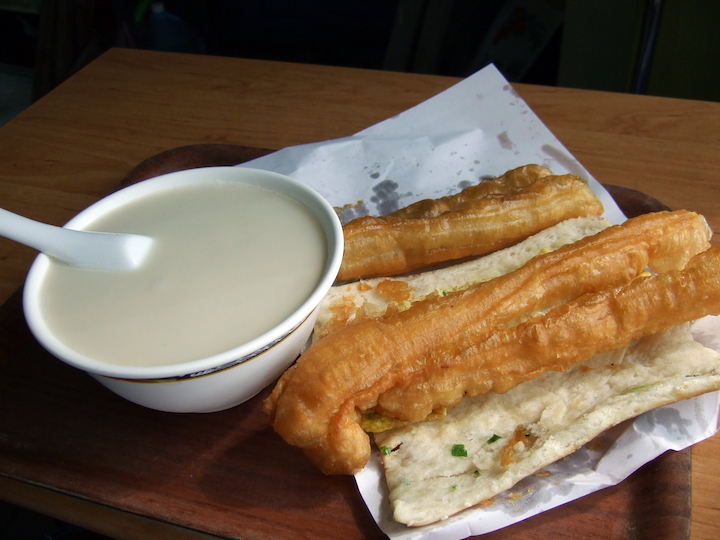 Think of this as the coffee and doughnuts of the Chinese food world, although comparing Chinese-style deep-fried dough sticks to doughnuts does them a disservice, as they have a unique, crispy-chewy texture all of their own. Made of a stretchy, wheat flour dough, youtiao are pretty similar throughout China but how the soy milk is served may differ - in Beijing it is usually served hot and plain while in Shanghai it is seasoned with preserved mustard root, green onions, chili oil, and vinegar. 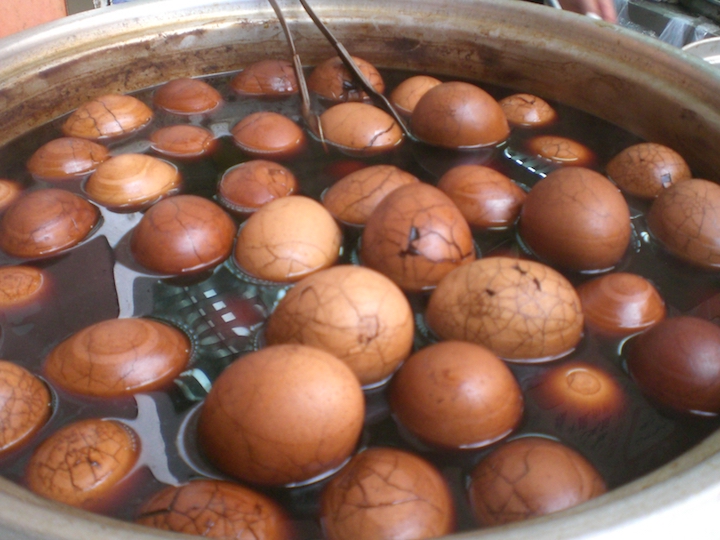 Sold at pretty much every convenience store and hole-in-the-wall breakfast stall across China, tea eggs are the ultimate on-the-go breakfast. Tea eggs are, as the name suggests, hard-boiled eggs that are soaked in a fragrant spiced broth made with tea leaves and whole spices such as star anise, fennel seeds, cinnamon, and Sichuan peppercorns. The tea leaves (and the addition of dark soy sauce) give the eggs a distinctive dark brown marbling where it seeps through the cracked shells. 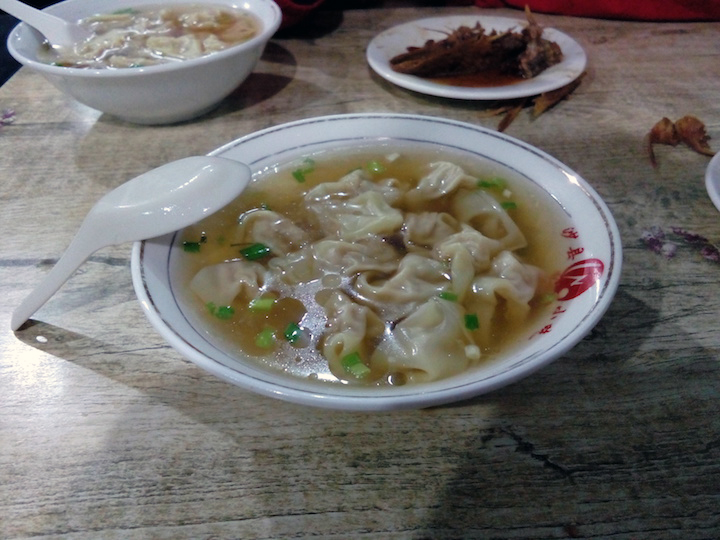 Many people will be familiar with the deep-fried wontons served at Chinese restaurants in the US but the ones commonly served for breakfast in China (particularly in Beijing and Shanghai) are a little different from what you’re used to. To make breakfast wontons, a small dab of filling (usually pork) is placed in the center of a wonton wrapper and then scrunched in the fist to close, leaving most of the wrapper free to float prettily in the soup. The cooked wontons are then served in a light broth, which, in Beijing, is flavored with dried seaweed and thin strips of omelette (similar to some types of miso soup).

Where to eat breakfast in China

China’s major cities are incredibly busy and breakfast on the go is common. You will see crowds of people stopping at street carts and hole-in-the-wall shops to grab breakfast on the way to work or school. These small vendors are often the best place to sample a truly authentic local breakfast -- simply grab a space (often just a few plastic tables and chairs) and order what you want by pointing at what other people are having. However, if you don’t want to risk the street food, three- to four-star hotels usually offer a predominantly Chinese breakfast with options such as congee and various pickles, steamed buns, and eggs. While the breakfast in five-star hotels may be more recognisably international, most still offer Chinese options and some, such as the newly-opened Hotel Jen in downtown Beijing, have started to offer authentic local options such as made-to-order jianbing. ■