Steeped in over 2,500 years of history, Traditional Chinese Medicine (TCM) has remained almost unchanged for centuries and is deeply intertwined with the lifestyle of the vast majority of modern Chinese people.

The primary source for Chinese Medicine is the Inner Canon of the Yellow Emperor, an ancient Chinese medical text delivered in a question-and-answer format between the Yellow Emperor and his ministers. The book is composed of two texts of eighty-one chapters each, also known as treatises. The most well-known text is the Basic Questions, or Suwen in Chinese, which encompasses the theoretical foundation of Chinese Medicine as well as its diagnostic methods.

At the center of Traditional Chinese Medicine is the concept of the vital life energy, called Qi, which circulates through channels in the body known as meridians.

TCM is based on the notions of yin and yang, the opposite and complementary forces that make up the Qi, and that apply to the human body as well. The upper part of the body and the back belong to the yang, while the lower part of the body belongs to the yin.

An imbalance of yin and yang causes, in turn, the imbalance of the Qi, which may result in a disease or an illness, which are considered disharmonies between the body and the environment. Ancient Chinese considered human beings microcosms part of a much larger universe, which interconnects them with nature. As such, humans are subjected to the forces of the universe.

Therefore, the only way to achieve the balance between health and disease is to find equilibrium between the internal body organs and the external elements of earth, fire, water, wood, and metal.

A Traditional Chinese Medicine practitioner will attempt to identify a pattern of disharmony and will tailor a treatment specifically for a patient. The most important step in TCM diagnosis is this pattern recognition and discrimination, which is considered as the most demanding element for any practitioner.

A TCM treatment may include one or more of the following methods: Acupuncture, cupping, massage, herbal remedies or movement and concentration exercises.

Acupuncture is a form of alternative medicine known to Chinese people since 100 BC. Acupuncture is described in depth in the second text of the Inner Canon of the Yellow Emperor known as Spiritual Pivot, or Lingshu.

It is mostly used to relieve pain and can also be used to treat a wide range of other conditions. 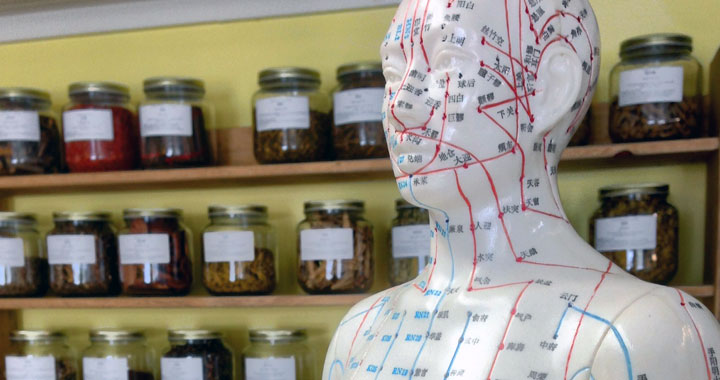 An acupuncture treatment consists of inserting thin metal needles in the skin. The length of the needles may vary between 13 to 130 millimeters and their diameters can range between 0.16 mm to 0.46 mm. The needles are made out of stainless steel, which makes them flexible and prevents them from rusting and breaking.

Thanks to the needles’ compact size, acupuncture is a virtually pain free alternative treatment.

Acupuncture was first introduced to the West in the 16th century by Jesuit missionaries returning back to France.

Cupping therapy uses cups to create suction with either heat or little pumps. The cups attach to the body for five to 15 minutes to help treat pain, deep scar tissue in the muscles, connective tissue, muscle knots, and swelling.

One of the most popular forms of cupping therapy is fire cupping. As the name indicates, this involves fire. A TCM practitioner lights a cotton ball soaked in alcohol and in one swift movement rubs the inside of the cup with the burning cotton, takes it out, and immediately attaches the cup to the patient’s body before it cools down.

Cupping therapy is deeply relaxing and is also highly popular in the West, with many celebrities favoring this form of Traditional Chinese Medicine. One such celebrity is the twenty eight time Olympic medalist, Michael Phelps, who was seen sporting cupping marks on his body during the last year Olympic Games in Rio, Brazil. The American swimmer has received cupping therapy for years. Other celebrities who regularly enjoy the benefits of cupping include Jennifer Aniston, Gwyneth Paltrow, and Victoria Beckham.

This form of treatment is known in Chinese as tuina (pull and pinch), and it uses a variety of massaging techniques, including kneading, rolling, pressing, and rubbing different areas of the body to promote healing.

One of the most recognized places to get a great tuina massage in Beijing is the Beijing Massage Hospital in the west of the city near Ping’an Li, where blind people give therapeutic massages. It was established in 1958, almost a decade after the founding of the People’s Republic of China, and is the only designated massage hospital for basic medical insurance in the Chinese capital. 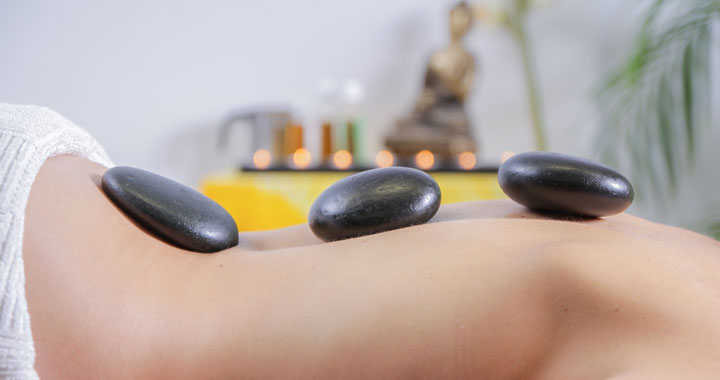 Unlike other types of massage you may be more familiar with, tuina is done with the person fully clothed, and doesn’t use any massage oil. Traditional Chinese massage has exerted considerable influence over other forms of massage, such as Japanese Shiatsu, which evolved from tuina.

Traditional Chinese herbal medicine has a centuries-long history. Over three hundred herbs are still in use today, some of which have become quite popular in the West, such as ginseng and gingko. 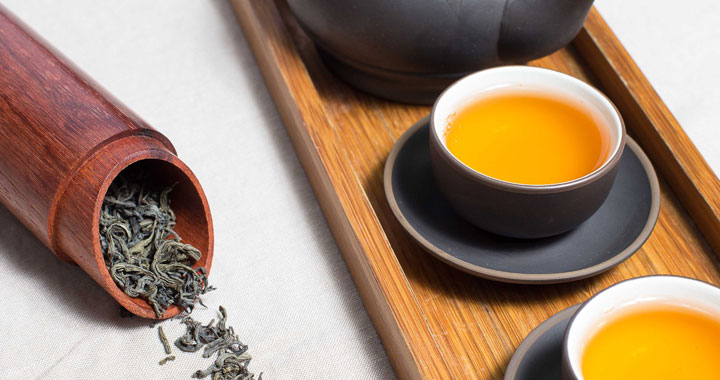 In 2016, thanks to the efforts of Chinese medicine experts and historians, who traveled to different countries in Asia and Europe, a book collection brought together many lost ancient books on Traditional Chinese Medicine. The experts worked for over 20 years to locate and photocopy books that were taken overseas during ancient times; some of these books were completely lost in China and some others were rarely seen.

It is easy to find hospitals and pharmacies specializing in Chinese medicine in Beijing. The best-known TCM pharmacy is time-honored brand Tong Ren Tang, which has been around for over 500 years and is located in Dashilar, one of the oldest streets in the Chinese capital.

Tong Ren Tang was established in 1699 and is the oldest and largest producer of traditional Chinese medicine. Less than a century later it became the appointed herbs and medicine supplier for the Qing dynasty, serving eight generations of Qing emperors over 188 years until the collapse of the dynasty in 1911.

Tong Ren Tang currently operates about 1,500 stores in China as well as 56 overseas.

Another pharmacy that enjoys the same reputation as Tong Ren Tang is Hu Qing Yu Tang, nestled in the idyllic city of Hangzhou. What makes Hu Qing Yu Tang special is the fact that it operates as a pharmacy as well as the only Traditional Chinese Medicine museum in China. Although Hu Qing Yu Tang is around 200 years younger than Tong Ren Tang, it quickly became just as famous, and earned a solid place in the pantheon of Chinese medicine suppliers.

The depth, knowledge, and long history of Traditional Chinese Medicine prompted the Chinese government to promote a systematized form of it in the mid 1950s and merge it with more modern notions of anatomy and pathology. 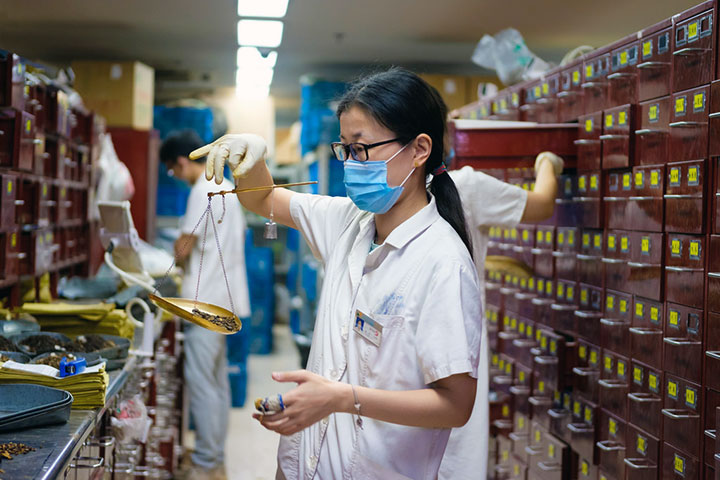 As of today, China has established 16 clinical research bases for traditional medicine, and over 300 academic research centers, with 118 patents granted to the latter.

On July 1, 2017 the Law on Traditional Chinese Medicine will come into effect, requiring all governments above county-level to set up TCM institutions in public funded hospitals, as well as in mother and child care centers.

According to the new law, TCM apprentices may only begin to practice when they have received recommendations from at least two qualified practitioners, and have also taken and passed all the relevant tests.

The influence of TCM in the West

Traditional Chinese Medicine arrived in Europe during the 16th century, brought by Jesuit missionaries returning to France from China.

Slowly the ancient knowledge of TCM is finding its feet in Europe. In 2012, a medicine used in TCM for heart diseases became the first herbal remedy ever to be produced by a non-European Union member. The medicine also received authorization to market itself in the EU. 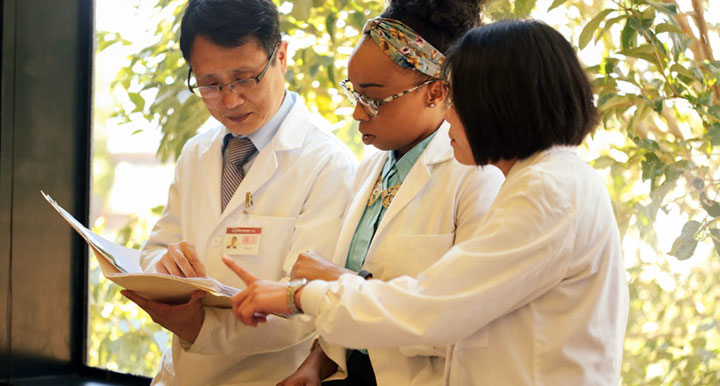 In the United States, acupuncture is quite common and tuina schools can be found across the country.

China is a country that is highly adept at adjusting and evolving, and Traditional Chinese Medicine is no exception. Today TCM remains the first option for many Chinese patients, and is also used as a complement to Western medicine.