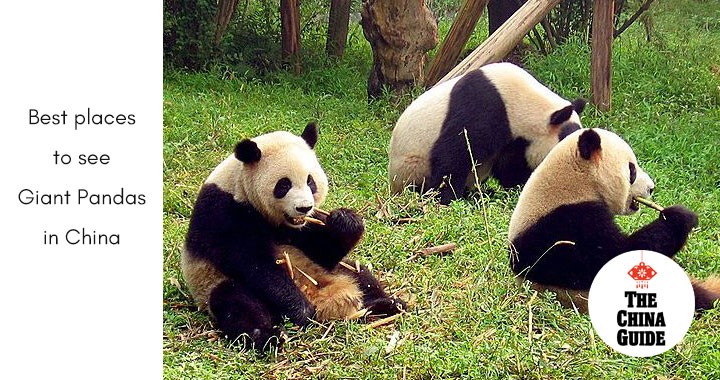 Unmistakable and un“bear”ably cute, the giant panda is China’s most iconic non-human resident and a national symbol. Beloved by people all over the world, seeing a giant panda in China is near the top of many visitors’ lists. While intensive conservation efforts have lifted the giant panda from “endangered” to “vulnerable,” seeing this naturally shy bear in the wild is still a rarity. Fortunately, there are several zoos, parks, and breeding centers in China where you can see one of these big furballs up close. Below are our top four recommended spots to visit if panda seeking is on your itinerary while in China. 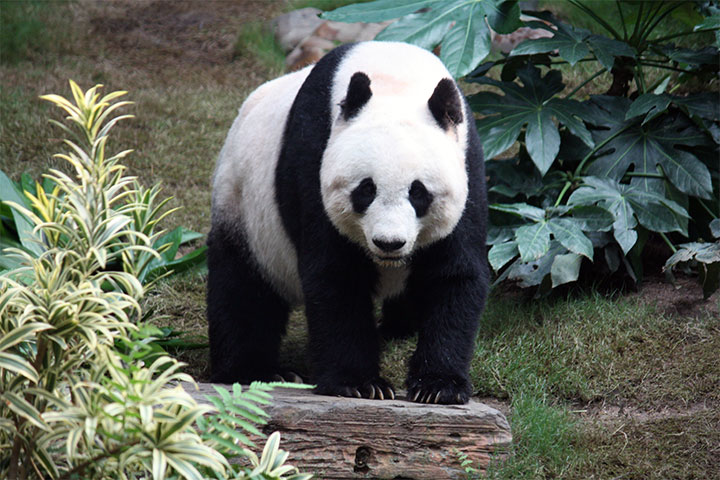 Chengdu is the capital of Sichuan province in the southwest of China and is commonly considered the panda capital of the world. It is famously home to the Chengdu Giant Panda Breeding Research Base, one of the most popular destinations for panda lovers. As its name suggests, this research base focuses on giant panda breeding, part of the broader conservation effort that has been responsible for the increase in China’s panda population in recent years. Located in the northern suburbs of the city, the center is easily accessible and is home to dozens of giant pandas, including a baby panda house and a large panda museum. The center’s goal is to mimic the panda’s natural environment with the hopes of one day releasing its wards into the wild. For that reason, visiting the Chengdu Research Base, and any panda sanctuary in the Chengdu area, is a great option if you want to see pandas in what’s close to their natural habitat. Please note that the Chengdu Research Base does not allow visitors to hold or take pictures with its pandas.

This panda sanctuary is part of the Wolong Nature Reserve, a protected area that covers over 200,000 hectares of land about 2 hours, or 140 km, west of Chengdu. After the main Wolong Panda Breeding Center suffered severe damage as a result of the 2008 Sichuan earthquake, many of its residents and operations were transferred to Bifengxia Panda Base, which now has a population of over 50 pandas. Bifengxia is the largest and most popular outpost of the Wolong Nature Reserve but less crowded than the Chengdu Research Base in the city itself. Here, visitors can watch staff feed and care for cubs in the panda nursery, all within the idyllic setting of a waterfall-filled valley. Although visitors are not able to hold baby pandas at Bifengxia, the center still provides unique views of the animals in a beautiful locale.

This relatively new panda base, which opened in 2014, is about 70km from Chengdu, or 1.5 hours by car. The Dujiangyan center is unique for its interactive Panda Keeper Program, which allows visitors to volunteer as a panda caretaker for a day. Volunteers assist staff in activities such as cleaning, feeding, and waking the pandas from their naps. This base is a good option for those who want to get up close to pandas. 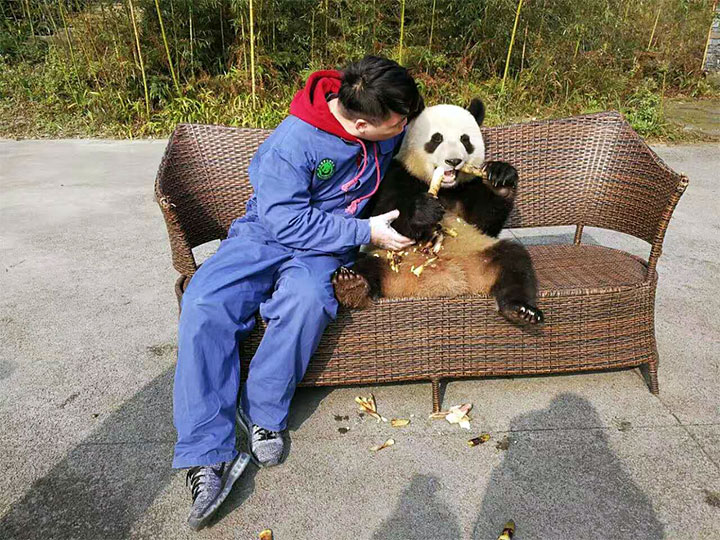 While this center allows for closer encounters with pandas, keep in mind that the keeper program only accepts 20 volunteers per day and getting your picture taken with a baby panda requires a hefty donation.

If your travels in China won’t be taking you to Sichuan, don’t despair! You can still see some giant pandas if your trip is limited to Beijing or Shanghai. Both cities’ zoos have sizable panda populations and impressive facilities. Be prepared for crowds, however, as the panda house is the most popular exhibition in both zoos.

There are a couple other things to keep in mind if your goal is to see some pandas while in China. First, it’s important to note that pandas are usually most active in the morning around feeding time and can be quite lazy the rest of the day. If you want to catch them in the act of snacking or playing, be sure to plan your panda visit for the morning or around planned mealtimes.

If you’re crazy about baby pandas and want to see some cubs on your “pandadventure,” it’d be best to visit one of the above locales sometime in the late summer. Most panda cubs are born between July and September. ■

Contact one of our travel specialists today to start planning your own epic panda encounter!