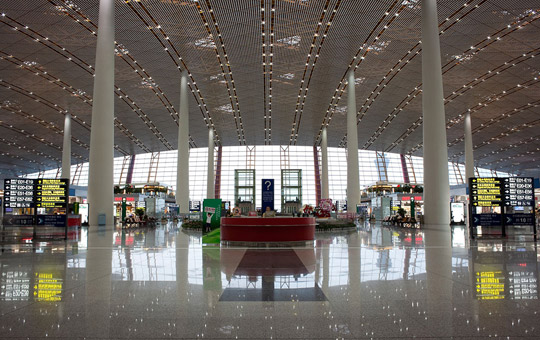 Beijing Capital International Airport has three terminals: T1, T2, and T3. There are free shuttle buses commuting between the terminals. The airport facilities are modern with plenty of places to dine and shop while waiting for your flight. The airport also provides free WiFi for passengers. To access the WiFi, you will need to acquire the login information and password from a vending machine or information desk by scanning your passport.

If you're carrying a lot of luggage, you may want to get a cab instead. Beijing Capital International Airport has English signs to guide passengers, and you will easily find the ground floor where you can get in line to board a cab. Depending on your arrival time, you may be able to catch a cab in 5 minutes, or you may have to wait in line for over an hour.

Long and tedious traffic jams are not uncommon in Beijing. This might make the cab ride expensive depending on how far you’re traveling. It would be best to book a driver for pick-up and/or drop-off in advance. Be sure to allow enough time for the drive to the airport, especially during rush hour.

Located 46 km (29 mi) south of the centre of Beijing, Beijing Daxing International Airport (IATA: PKX) is the second global gateway in Beijing. Being the newest major international airport in China, it boasts modern facilities and many latest technologies.

Despite its mega size, Beijing Daxing International Airport features a single terminal. Thanks to the compact design resembling a giant hexagonal starfish, the farthest boarding gate is no more than 600 meters (650 yards) and can be accessed in a walking time of less than 8 minutes from the terminal’s main central court where all passenger services and amenities are located. International travelers arrive at floor 1 and depart from floor 4.

The airport is an integrated transportation hub with high-speed rail and downtown-to-airport express trains stopping right beneath the terminal, as well as a highway connecting downtown Beijing. The airport express trains, traveling at a top speed of 160 kilometers an hour (100 mph), can take passengers to the terminal in less than 20 minutes from Caoqiao station which also serves as the City Terminal where passengers can check in. Be aware that Caoqiao station is about 10 km away from the center of Beijing. 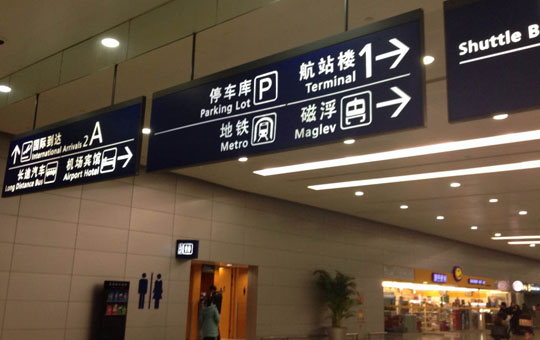 Shanghai Pudong International Airport has two terminals: T1 and T2. The airport can be accessed by cab, subway, or the Maglev train from downtown. The Maglev train is an experience in its own right, as it is the first commercially operated high-speed magnetic levitation line in the world. The Maglev train was constructed between 2001 and 2004, and it’s the world’s fastest train in regular commercial service. Traveling at 431 km/h (268 mph), it is faster than France’s TGV.

Pudong airport provides free WiFi for passengers. You can acquire the login information and password from a vending machine or information desk by scanning your passport. 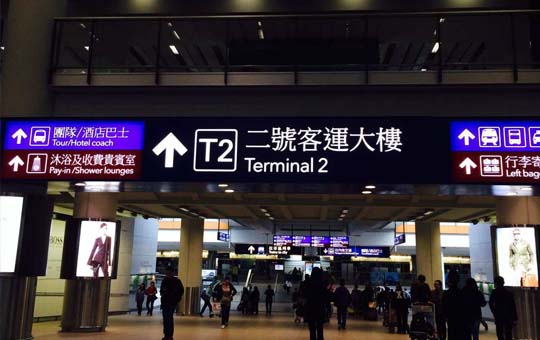 Located on the island of Lantau, Hong Kong International Airport (IATA: HKG; ICAO: VHHH) is one of Asia's major transportation hubs and services most of the countries in the region.

One of the best features of the airport is its in-town check-in counters located in the Airport Express train terminal. You can drop off your bags and get your boarding pass at Hong Kong Central station or Kowloon station. This way you can check in hours in advance and have more time to tour, shop, or have a meal before heading to the airport. The service connects with the rest of the Hong Kong subway, bus, and taxi systems.

Guangzhou Baiyun International Airport has two terminals: T1 and T2. There are subways and airport express lines connecting the airport to downtown Guangzhou.

Located in Chengdu city in Sichuan province, Chengdu Shuangliu International Airport is the busiest aviation hub in midwest China. In addition, Shuangliu airport is the biggest transit gateway to Gonggar Airport in Lhasa.

Although Shuangliu Airport has fewer international routes than Beijing Capital, Shanghai Pudong, and Guangzhou Baiyun International Airports, Chengdu is geographically closer to Europe, making it a good gateway for European travelers whose China trip includes a visit to Chengdu, Tibet, or other areas near Chengdu.

Located in Kunming, an important center in southwest China, Kunming Changshui International Airport (IATA: KMG; ICAO: ZPPP) operates routes to/from many countries in Southeast Asia and South Asia. Travelers who want to visit other countries in South or Southeast Asia before or after visiting China can choose Changshui Airport as their arrival or departure point in China, and tour Yunnan as their first or final travel destination in China. ■