Are There Really Nine Million Bicycles in Beijing? 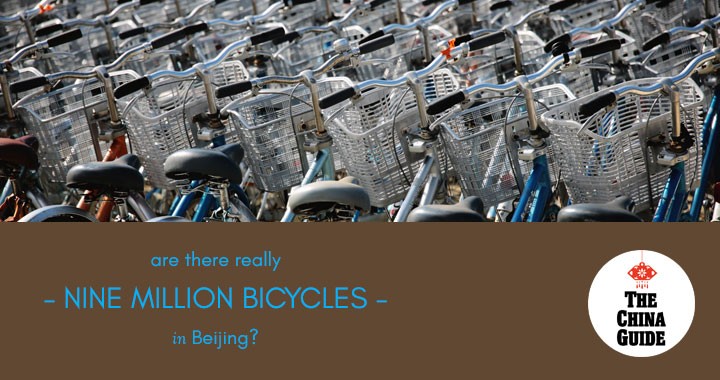 In the 10+ years since Katie Melua’s Beijing-inspired ballad “Nine Million Bicycles” was in the charts, almost every expat who has ever lived in the bustling metropolis has been asked if there really are nine million bicycles there.

If you were to ask me how many bicycles there were in Beijing, I would give you the honest answer – I have absolutely no idea. I do know, however, that the bike has been a Beijing icon for decades, and it will be for years to come.

It was the late 19th century when Chinese people were first introduced to bicycles. Two young American cycling pioneers, William Sachtleben and Thomas Allen, were in the middle of a historic round-the-world trip, later described by one writer as “the greatest journey since Marco Polo”.

Curious locals, who had never seen a foreign face before (let alone the strange contraptions they had brought with them) were naturally inquisitive about Sachtleben and Allen. However, China had been under Western rule and the country was not ready to welcome another foreign invention.

Even after bikes became more readily available in the early 20th century, the few Chinese people who could afford them passed them up - the nouveau riche already had ways of getting from A to B without having to break a sweat.

Working men and women on the other hand might have liked the idea of cycling, but in the early 1900s, bike ownership was not yet considered a fundamental right. The average price of a bike was $20 (the equivalent of about two months' wages for the average worker) and there was a waiting list that went on for years.

China's first Five-Year Plan (1953–1957) set out to grow the bicycle industry by 60 percent, and by 1958, the country was producing more than one million bikes every year. However, it was during the Cultural Revolution that the Chinese bicycle industry really boomed.

In the 1970s, one Chinese bike, the Flying Pigeon, was the most popular product in China, and the single most popular mechanized vehicle on the planet. Deng Xiaoping, the leader who came into power after Mao’s death, defined prosperity as a "Flying Pigeon in every household.”

In the 1980s, China ‘opened up’ and amazed the West with its love of cycling. The Government even presented Flying Pigeon bikes to visiting foreign delegates, including then-President of the United States, George H. W. Bush. 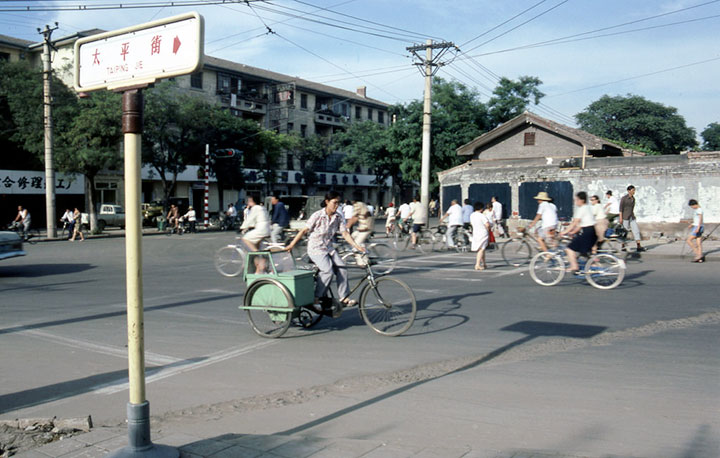 During Beijing’s peak cycling years, bike lanes were three car lanes wide. Unbelievable photos of the city’s bike-riddled streets spread all over the world, and China earned the nickname ‘The Kingdom of Bicycles’.

Over the past 25 years, China’s middle-class has expanded faster than anyone could have imagined and cars have slowly but surely been reclaiming the roads. Nevertheless, Chinese artists have managed to maintain the city’s bike-loving reputation.

In 2001, Wang Xiaoshuai premiered his film Beijing Bicycle at the Berlin International Film Festival. The film taught the outside world that in the Chinese capital, bicycles were more than just a mode of transport; they were a symbol of social status and pride. 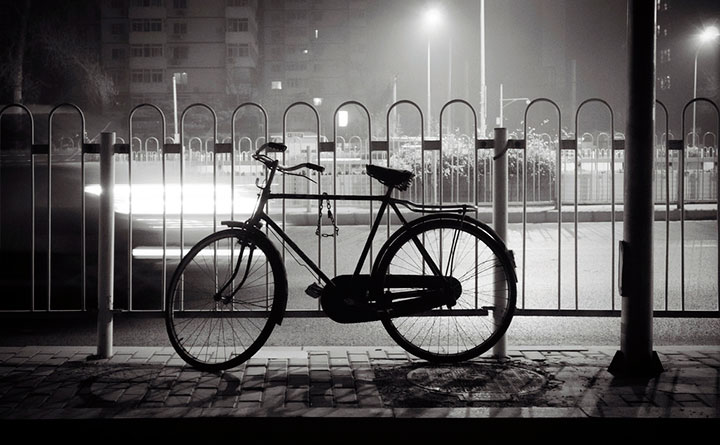 In 2003, Chinese artist Ai Weiwei produced his first Forever sculpture, made entirely of Forever brand bikes - a comment on the changing role of bicycles within Chinese society. A decade later, two years after the artist was famously put under house arrest, Ai took his Forever series to the next level with an installation of 1,200 bicycles. The installation has since been exhibited all over the world. Justifying the piece, Ai said that he believes the image of the bicycle represents an ability to move freely.

So what’s next for Beijing’s bicycle scene? Will bikes be pushed so far to the side that they disappear completely, or will they start pushing back? With the right amount of encouragement from the relevant parties, they stand a great chance.

The government is taking action to get Beijingers back on their bikes. The current Five-Year Plan (2016-2020) includes the goal of convincing an extra 4 percent of commuters to cycle to work, up from the present 14 percent. Beijing has also announced plans to add 10,000 more bikes to its existing bike-sharing system (launched in 2012) by the end of this year.

There are some people, however, who are against the idea of a bike revival. A Chinese dating show contestant once told her penniless suitor that she “would rather cry in the back of a BMW than smile on a bicycle”. Chen Nuo, a playwright and social commentator, talked to China Daily about the contestant’s ‘snobbish’ quip. He said that her comment represented the views of the country’s youth, who “worship money, cars and houses, because the highly developing economy has led them to do so.”

It is important to note that the contestant’s remarks lead to social media outrage. In fact, it could be argued that those who publicly share similar views only fuel the pro-cycling fire, lit by those with a passion for protecting the environment, and those who remember Beijing’s cycling glory days. 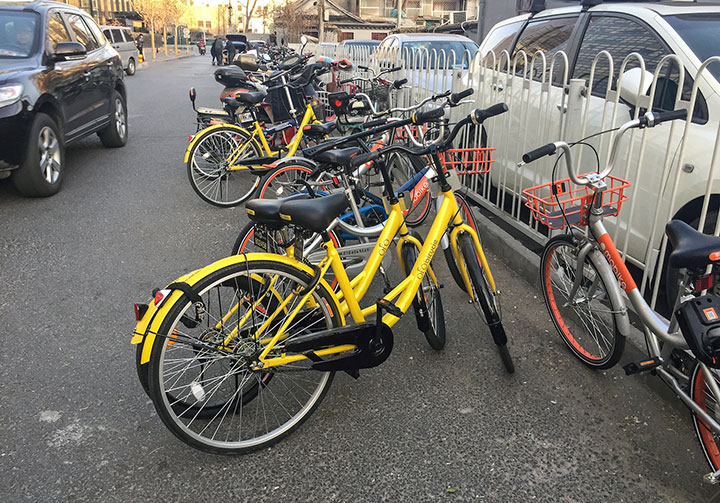 If Chen Nuo’s depiction of the younger generation was accurate, then cycling desperately needs a makeover to win over the hearts of millennials. Thankfully, the ‘hipster’ movement has already made it to Beijing, and with it, the popularity the fixed-gear, or fixie, bikes. As ‘uncool’ becomes the new cool, people today are choosing environmentally friendly transport, whether that was their original intention or not. Bike-sharing apps like Mobike, Ofo, and Bluegogo are hoping to tap into China’s huge mobile internet market and use the convenience of finding and renting a bike right from your phone to encourage more people to bring back pedal power.

All of the services are cheap and convenient: users simply download an app (some of which, like Mobike and Ofo, are available in English) on their smartphone, which then allows them to locate bikes and unlock them by scanning a QR code. Rides rarely cost more than 1 CNY (0.15 USD). In comparison with traditional bike sharing schemes, which require users to park their bikes in set locations, users can simply park the bikes anywhere (although this has lead to pile ups in popular areas of the city).

You can get a piece of the bike sharing action for yourself on one of our Beijing tours. We’ll rent bikes using one of the city’s many bike sharing apps and then head off into the hutongs to explore the area around the Drum and Bell Tower, and Houhai Lake.

So, even if there aren’t nine million bicycles on Beijing’s city streets today, it may not be long until we can say that there are. ■