Traveling by Train in China

China's high-speed trains are super fast and comfortable, making them a good alternative to flying when traveling in China, especially as domestic flights are often more expensive and subject to delays. This article offers a quick guide to traveling by train in China.

Types of Trains and Tickets

High-speed trains usually have three different tiers of seats: second class, first class, and business class. Second-class carriages have five seats in a row, while first-class carriages have four seats in a row and more legroom. Business class seats offer the highest level of comfort and space, as well as some free snacks, drinks, and one free meal. In addition, business class travelers have access to a VIP waiting room and don't need to queue for boarding.

Most overnight trains offer hard and/or soft sleeper carriages and some may also provide deluxe soft sleepers. Although sleeping on a train is far less comfortable than in a hotel, it saves both time and the cost of a night in a hotel, making it a good choice for budget or time-conscious travelers. Be aware that sleeper train tickets for many routes are in high demand among locals and you will need to book very early to get a ticket. 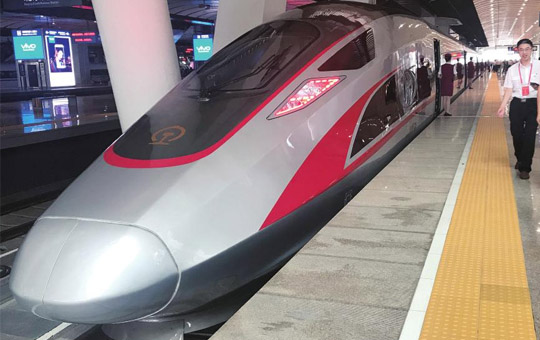 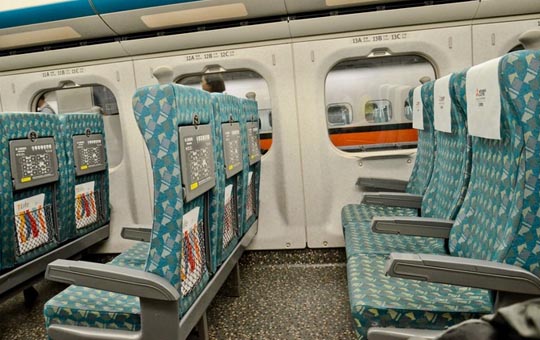 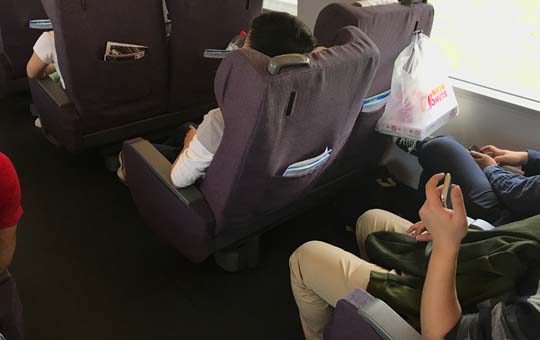 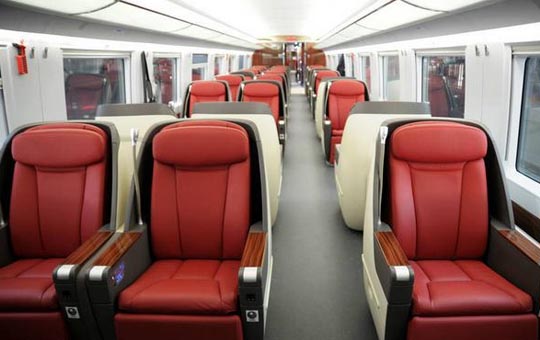 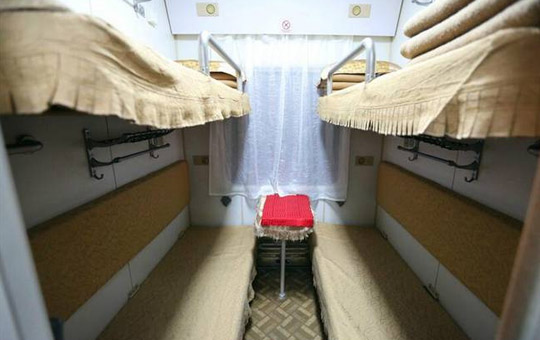 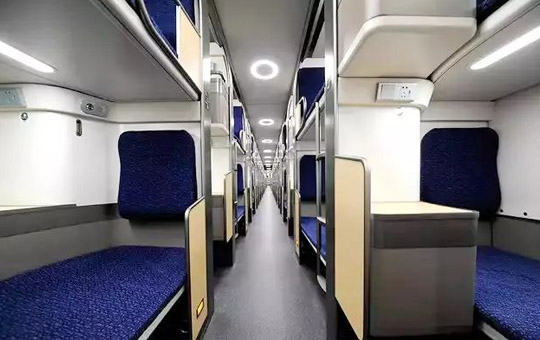 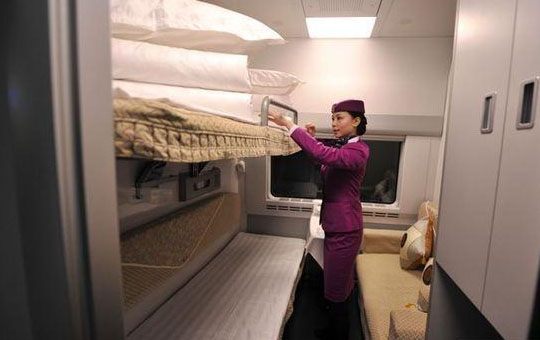 Hard sleeper tickets are usually the cheapest. For example, the Z class train's hard sleeper between Beijing and Xi'an costs only 254.5 CNY. The prices for Beijing-Xi'an soft sleeper and deluxe soft sleeper are 415.5 CNY and 765.5 CNY respectively.

Children under 1.2m (3.9 feet) can travel by train for free without their own seat. One adult can bring one child for free. For children between 1.2m (3.9 feet) and 1.5m (4.9 feet), you can buy child tickets, which enjoy a price reduction of half the full ticket price. Ticketed children will have their own seat or berth (in sleeper trains).

For G/C/D class high-speed trains, each adult is allowed to take one 20 kg (44 lb) carry-on bag for free, as well as a carry-on of 10 kg (22 lb) for each child. The size (length + width + height) of each carry-on baggage must not exceed 130 cm (51 inches). The length of rod-shaped items must not exceed 180 cm (71 inches). According to official regulations, any overweight or oversized luggage, or luggage exceeding the free allowance, needs to be consigned to a freight car at a fee. Foldable wheelchairs can be taken onto the train and are not counted toward the free carry-on baggage allowance.

Despite the carry-on baggage rules, railway staff usually do not actually weigh or measure baggage, which means all baggage can usually be taken onto the train unless they look extremely large or heavy, or contain prohibited items. Prohibited items generally include bicycles, animals, explosives, compressed gases, flammable liquids, or other dangerous items such as knives or other sharp objects. Your luggage will need to pass through an X-ray machine when entering the station.

Is Smoking Allowed on Trains in China?

Smoking is completely prohibited on G, C, and D class trains, so if you are taking one of these high-speed trains, you won't be bothered by second-hand smoke. On Z, T, or K class trains, however, smoking is allowed in the area in between two carriages. As a result, you may be able to smell the smoke in the carriage, especially if your seat or bed is near the end of a carriage. If you hate the smell of smoke and are worried about the health risk but have to take a Z, T, or K class train, we recommend that you buy a soft sleeper or deluxe soft sleeper which ensures an enclosed cabin and can minimize the amount of smoke that gets in.

Xi'an-Chengdu: There are many high-speed trains traveling between Xi'an and Chengdu. Travel time between the two provincial capitals is around 4 hours.

Train to Tibet: There is no high-speed train to Lhasa. The ordinary train from Beijing to Lhasa takes just over 40 hours, which means you have to spend two nights on the train. It is often said that traveling to Tibet by train gives you time to adjust to the high altitude since you ascend gradually. On the other hand, however, you may not sleep well on the train, which could add to your altitude sickness. In addition, most travelers have limited time when traveling in China, so we usually suggest that our guests fly to Lhasa and stay there for one or two days to adjust to the altitude before traveling to higher altitude destinations.

Where and How to Buy Train Tickets

China's official train ticket booking website, www.12306.com, is only available in Chinese. Popular travel website Ctrip offers English train ticket query and booking services. You can also go to a railway station or an authorized ticket office to buy a ticket in person (remember to bring your passport). After booking your train ticket online, you can go to any train station or authorized ticket office to collect your ticket by showing your order number and your passport. If you are traveling on one of our tours, we will arrange your train tickets as well as pickup/drop-off at train stations. ■