Top 10 Places To Visit On Your First Trip To China 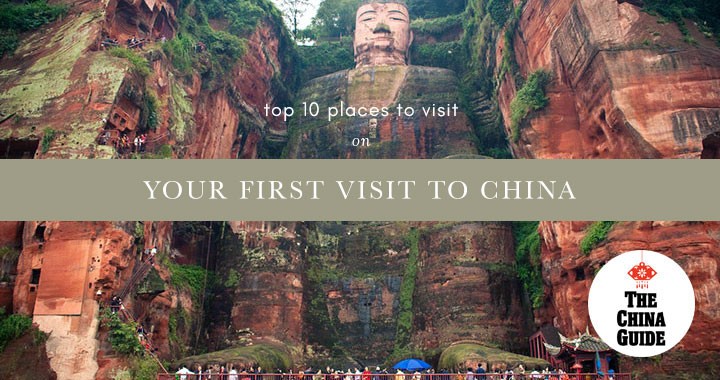 Having already blogged about how to plan your first trip to China, we thought some information about the top ten places to visit on that first trip would be the perfect accompaniment.

As the third largest country in the world by total area, planning your route through China can be daunting. A single visit to China can only attempt to scratch the surface of the country’s incredibly diverse historical sites, ever-changing topography, and fantastically rich culture. However, this blog will give first-time explorers the lowdown on the must-see places within these categories - making it easier to navigate this epic country according to what catches your eye.

One of the Seven Wonders of the World, no trip to China, or list of must-sees therein, would be complete without the inclusion of this UNESCO World Heritage Site. The attraction is in the name - a great feat of engineering that spans over 13,000 miles. The wall is most easily accessible from Beijingwhere you will find some of the best preserved and most recognizable areas, dating back to the Ming Dynasty (1368 - 1644 AD). A trip further afield to Dunhuang, in China’s northern Gansu province, will reveal some of the walls oldest, non-brick sections dating to the Han Dynasty (206 BC - 220 AD). However you choose to experience it, one thing is for sure: coming to China and not visiting its most iconic monument would be sacrilegious! 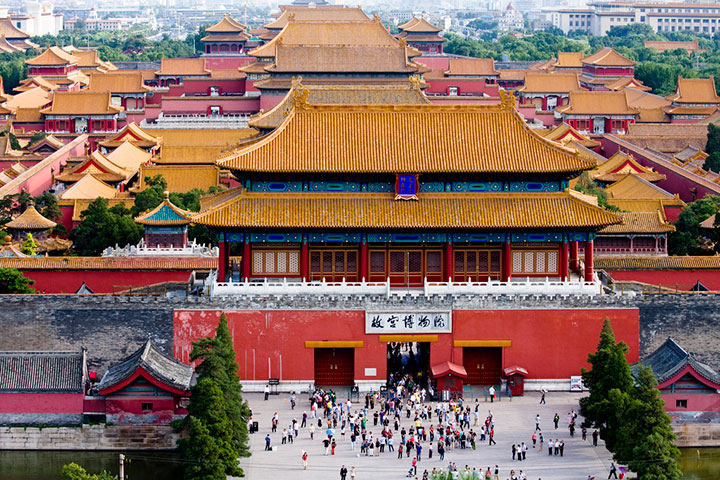 In the heart of China’s bustling capital lies the no-longer-Forbidden City. This complex, that until 1912 solely housed the Emperor and his closest officials, is now also a UNESCO World Heritage Site and the perfect place to experience China’s historical grandeur. Nowhere is the splendor of the past more evident than in the intricate architecture and imperial artifacts of the Ming and Qing dynasties that you will find here. The Forbidden City was capital of the Chinese empire for over 500 years and is the largest palace compound in the world, definitely making it worthy of a visit on your first trip to Middle Kingdom. 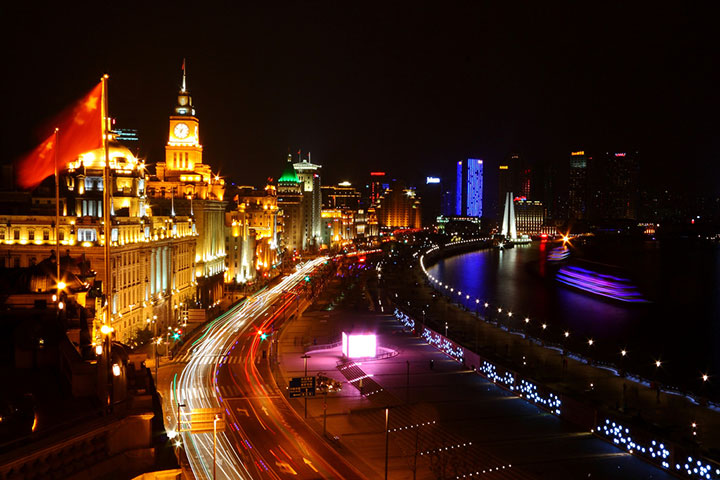 The Bund showcases everything the metropolis of Shanghai has to offer, its fantastic fusion of east and west, of innovation and history. By day, you can wander along the promenade of Shanghai’s famous two-mile stretch, marveling at the surrounding colonial architecture and pit-stopping in boutique shops and cafes; by night, you can gaze across the Huangpu River at the iconic lights of the Lujiazui Skyline, whilst sipping a cocktail in one of the city's many rooftop bars. 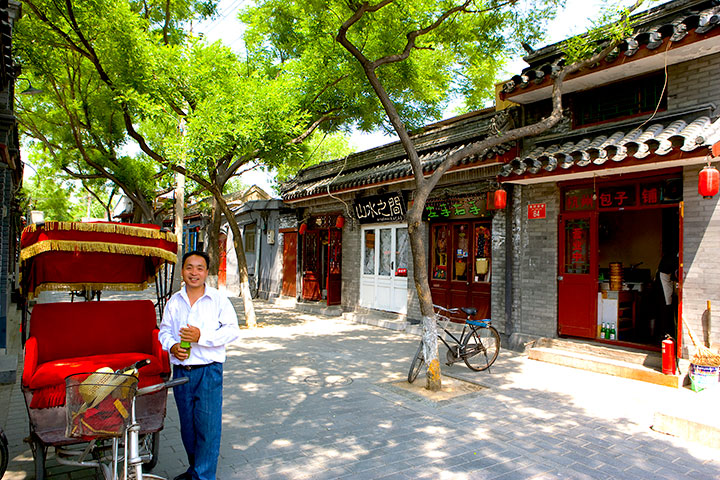 In order to truly experience China’s capital, you must take to Beijing’s ancient alleyways. Standing in defiant juxtaposition to the high-rise metropolis that has sprung up around them, the pulsing heart of the city is found in the historic streets and courtyards of the hutong, where entire families dwell, and the sense of community is palpable. The hutong are best navigated by cycle rickshaw, the traditional mode of transport used in the old narrow streets, enabling you to explore in true local style. 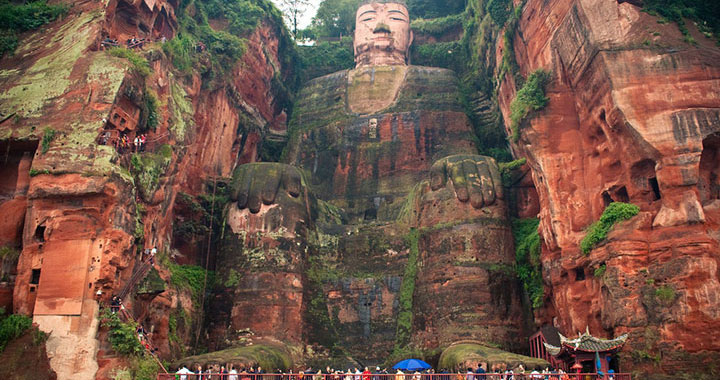 Leshan’s Giant Buddha is grand in both majesty and scale. The world’s tallest Buddha statue, it is hard to believe it was carved into the riverside cliff-face more than 1,000 years ago. Descending the steps from the Buddha’s head to its feet will give you a great perspective on the statue’s vast scale, especially when you find yourself at eye-level with the statue’s toes! However to be able to take it all in, head to the water to cruise around the 71-meter-tall icon and get some unparalleled views. Originally carved at the edge of the river in order to try and calm the waters, the statue is now a top tourist destination. 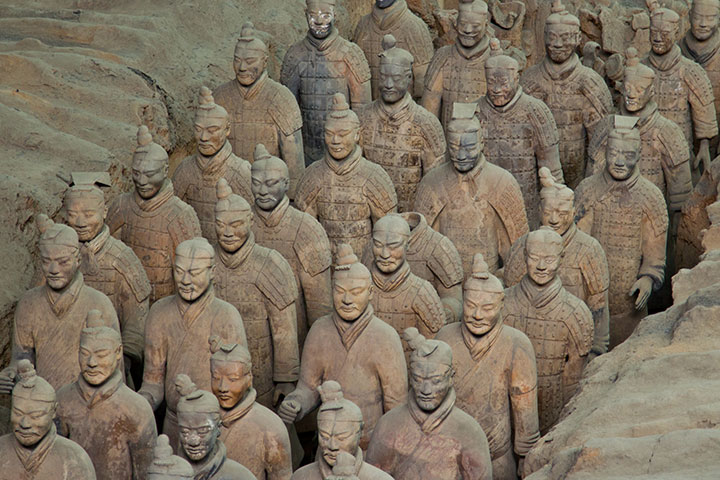 Hailed as the greatest archaeological discovery of the 20th century, the Terracotta Army is a must-see for those archaeologically or historically inclined - and even for those that aren’t, since the intense preparation that one man took for the afterlife is enough to impress anyone! That man was Emperor Qin Shi Huang, in whose mausoleum these silent soldiers stood guard for over 2,000 years before being discovered. Now excavated and standing in separate pits, it is not only the scale of the army (there are around 8,000 soldiers) that is astonishing, it is the fact that no two soldiers are the same. 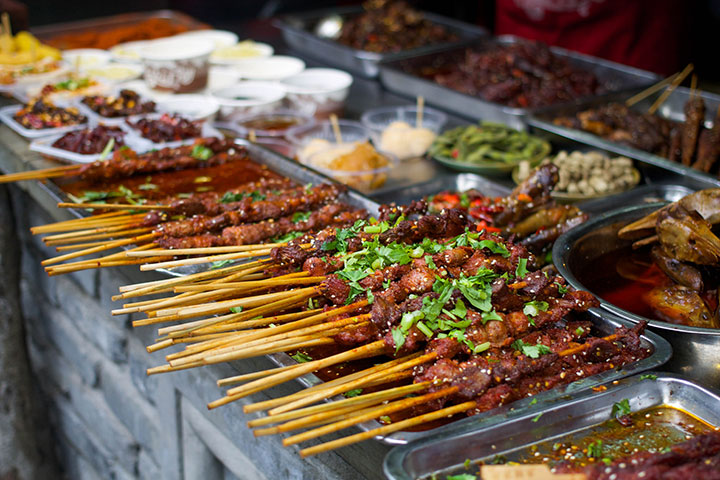 Chinese cuisine has earned itself a worldwide reputation of excellence, so you cannot plan a trip to the China without food on your mind. Recognised as a UNESCO “City of Gastronomy”, there is no better place than Chengdu to get stuck into this new world of flavour, and on Jinli Cultural Street you will find some of the best dishes the city has to offer. A manifestation of Chengdu's Tibetan and Mongolian influences, the city’s fantastic gastronomic scene mirrors this cultural melting-pot. As it is located in Sichuan Province, the quintessential ingredient of any Chengdu dish is the fiery Sichuan peppercorn. Be brave and adventurous (both here and throughout the rest of your trip) and your taste buds will be rewarded with some of the world’s most exciting food! 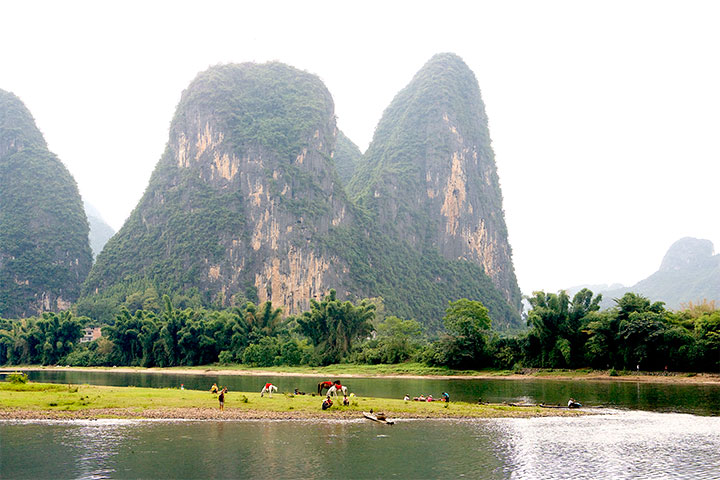 The Li River meanders through the lush, green landscape of Guangxi Province. The surrounding karst mountains of the area have long been the inspiration of Chinese artists, painters, and the 20 Yuan banknote! Unsurprisingly the river, and it’s backdrop, are best explored by boat: climb aboard a traditional bamboo raft, sit back, and immerse yourself in the mesmerising topography. With its mossy limestone peaks, peaceful rivers, and rural villages, there is nowhere that will better meet your expectations of quintessential Chinese countryside than Guangxi.

Taking their name from the fact that the intricate patterns formed by the terraces resemble the scales on a dragon and the summit its backbone, the Longji rice terraces are worthy of a title that evokes the stuff of legends. Dating back to the Yuan Dynasty (1271 - 1368), the terraces are rich in both culture and history. The terraces were constructed by the Zhuang people, who still tend the land to this day. The landscape is ever changing: the mesmerising vista sparkles with dancing sunlight in the spring months, as beams reflect off the irrigated plains; in summer the terraces are a lush green; autumn sees gold ribbons of changing leaves; and in winter the surrounding mountains are a glistening, snow capped white. Located 100km away from Guilin, the rice terraces are the perfect way to see rural China whatever time of the year you visit. 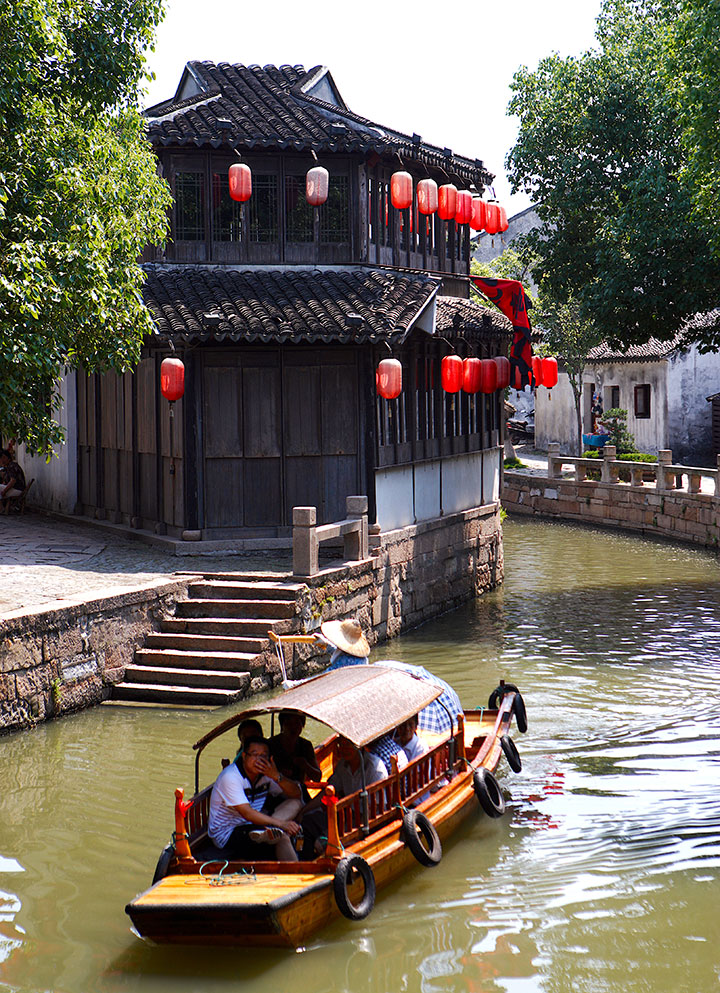 Often referred to as the “Venice of the East”, the water towns around Shanghai are a postcard perfect throwback to China’s past. The towns are charmingly atmospheric, complete with singing boatmen plying canals that twist past picturesque Ming and Qing dynasty gardens. A trip to a water town is a must-do for anyone spending time in Shanghai on their first visit to China. You may want to stay overnight to truly experience Tongli or Suzhou. ■